Before the cowboy hat, there was a knit yarmulke- though it was on the cover of an LP released in 1974. And thanks to the fact it was preceded by one of the first bona-fide hits of the post Chazzanus Jewish music era, an album called “The Ohr Chodosh/The New Light”, it had a built-in fan base ready and waiting for it.

So what do the cowboy hat, knit Yarmulke, a board game (more on that later,) and Ohr Chodosh have in common? Yossi Toiv—aka Country Yossi aka one of the founders of the Ohr Chodosh.
Considering the fact he was part of the group that gave the world “Shmelkie’s Nigun” & “Bilvavi” (not to mention numerous other hits), one would have expected that Yossi would have either stayed in the “serious” performer genre and continued with Ohr Chodosh, join/form another group (kind of like a post Rabbi’s Son’s Label Sharfman did when he joined D’veykus) or branch out into a solo career.

But Yossi’s never been about the expected. So rather than go with the expected he leveraged a love of classic 50’s (and some 60’s) pop, along with sometimes pointed—sometimes whimsical, and sometimes pointedly whimsical observations of the heimish world we call “home” and together with Heshy Walfish–his partner in all things sublime, begot “Country” Yossi.

Best described as Alan Sherman for the “frum hipster”- Country Yossi’s mix of irreverence with insight quickly took the market by storm. It also gave Yossi a chance to show he understood marketing as well as markets because he leveraged the Country Yossi following into a collection of albums (including the requisite “Greatest Hits” collection) a monthly magazine, a weekly radio show (which spawned its own “Greatest Call-In Hits” CD), a children’s CD & video series called Kivi & Tuki and even a board game which was a combination of “Monopoly”, “Life”, “Candyland”, “Chutes & Ladders” and driving on 13th avenue the Sunday before Pesach (think of it as “Risk”—but without the global domination). The fact he’s grown CY into an industry doesn’t just speak volumes about him as a brand, but also as someone who understands what it takes to appeal to a market known for varying degrees of sensitivity.

Then again when your talents include the ability to compose “Oh The World” and “Aleh Yidden”, “Big Bad Moish” and “The Cholent Song” as well as the ability to convince a caller named “Genendle of Boro Park” to name the 5 boroughs of NY (her answer? “Sea Gate, Boro Park, Williamsburg, Monsey and Flatbush”.), then it’s easy to understand why fans of all ages “count on Country” for great entertainment. 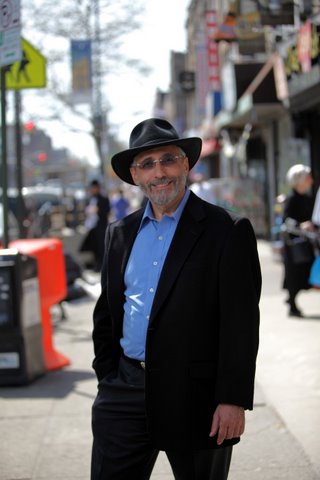 19. Deaf Man In The Shteeble

22. Everything Has A Place

34. I Can Still Remember Yesterday

81. The Cover Of The Jewish Press

99. What Holiday Is This