Regardless if you know him as Mordechai Ben David, MBD or simply “Mordche”, decades of fans know him as the undisputed “King of Jewish Music”.

Though his solo career began in the early 70’s, a young Mordechai Werdyger often accompanied his father—the internationally acclaimed cantor—and one of “Shindler’s Jews”, David Werdyger
(hence, the ‘Ben David”), on many of his recordings in the 60’s and 70’s

The fact that MBD’s career mirrors the growth and evolution of Jewish music should come as no surprise considering many of his albums were musical breakthroughs that paved the way for
other artists to follow.

Case in point, his watershed album Hineini was essentially the first of its kind to use full orchestrations (courtesy of Yisroel Lamm) rather than basic arrangements or “lead sheets”.
Even the material on the album which ranged from Eli Kranzler’s classic “Ki Lo Yitosh” to songs by Israeli pop artists like Tzvika Pick was considered breakthrough—not so much because of
the choice of material but because of MBD’s innate ability to make the tunes his own. Which is exactly was has always separated MBD from virtually all other performers—he doesn’t merely “sing” songs, he makes them his. He doesn’t sing them as much as he ‘immerses” himself in them, every note of every lyric goes through an “MBD-amorphosis” as he infuses it with his signature style…and sense of spiritual substance that ultimately elevates it to a whole new level.

The fact that he resonates with audiences isn’t lost on producers and promoters who consider him one of the few “sure things” in terms of ensuring a sold out show. From a standing room only
show in the Felt Forum at Madison Square Garden (since renamed “The Theatre”) to headlining at HASC when his name was the best answer to the question “How can a Jewish concert in Lincoln Center/Radio City/etc draw a crowd?” Any show with MBD at the helm immediately takes on “destination” status. Speaking of destinations, MBD was the first mainstream JM performer to truly claim “the world as his stage”. Name a continent or country and if there’s a Jewish population there (or Pesach program) odds are MBD’s been there.

This superstar firepower isn’t lost on industry insiders either. Many a musician, producer, arranger, composer or performer will confirm that few things “make” one’s career as effectively
(or elevate it to the next level faster) than a credit on an MBD-related project. One might say we have MBD to thank for being made aware of the talents of Mona Rosenblum, Moshe & Eli Laufer,
Aaron Razel, Yaron Gershovsky, Ken Burgess and countless others.

For the record, MBD isn’t just a stellar performer he’s also an appreciative one. Rather than release a compilation of his English classics, he went back into the studio and redid them with
updated arrangements (and sometimes even lyrics)—he is clearly one performer who appreciates his fans and would never short change them by taking a shortcut.

While most performers at his level would be content with looking back, MBD shows no hint of slowing down. At any given point he’s putting the finishing touches on one project, collaborating
with his son Yeedle (an impressive performer/producer in his own right) on a concert tour, while already compiling materials for his next album. Visitors to his home studio know that it’s designed for operation at all hours, because when the “muse” strikes him he wants to be ready. 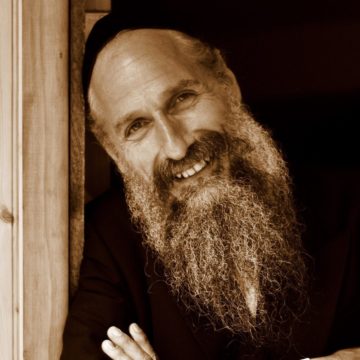 273. Yerusholayim Is Not For Sale