His music bridged the great Chassidic dynasties of Europe with the authentic “honesty” of American folk. This resulted in a style that was described as anything from “neo-Chassdic” to “modern Jewish”. As a stage presence he was unconventional, often interrupting a song “at its peak” to share a story or anecdote…oddly enough these impromptu interruptions (which sometimes lasted longer than the song itself) actually heightened the experience rather than dampened it. He often referred to his songs as his “children”, and when he spoke about composing them, it often began with “When this song came down to me”. If anyone considered this or any part of his persona an affectation, it’s only because they never had the privilege of spending time with him, because if they had, they’d immediately realize they were in the presence of a truly great individual—someone who taught “Ahavas Yisroel” through song and story in a manner that was—and still is, uniquely his.

Small wonder he was known the world over as “Reb Shlomo” because he was constantly “teaching”—through actions and words.

In the mid 60’s when mainstream American Jewry was shying away from the Hippie movement, Shlomo—who saw how many young Jewish souls were gravitating toward it, threw himself right into its epicenter by opening the “House of Love & Prayer” in Haight Ashbury—the “holyland for hippies” in San Francisco.

Today, the children and grandchildren of many of those “Hippilach” are proud members of Jewish communities throughout the world.

In an interview given a before his untimely demise in 1994, Shlomo tells a fascinating story that shows an understanding of the Mideast geopolitical arena that was on par with his mastery of music; “After the Six Days War, I was one of the first people to walk into the Old City and I walked up to every Arab and kissed them, our cousins. I went to the top people in Israel, and I said, “If we want to live in peace with the Arabs, as much as we need an army to make war, we need an army to make peace. The army to make peace — give me five thousand free tickets to bring holy hippies from Los Angeles and San Francisco, to bring them here, and we will go to every Arab house in the country and bring them flowers and tell them that we want to be brothers with them. We will bring musicians and we will play at every Arab wedding and we want them to bring their bands to play at our weddings. We have to live together. So everyone was crying at the suggestions, but in the end they said, “Don’t call us, we’ll call you.”

Would the government agreeing to his request have prevented the decades of bloodshed that continue to this day? Doubtful, but one can’t help but wonder if it would have made it way harder for militant Palestinian groups to recruit followers.

While he officially was the Rav of the Manhattan shul he inherited from his father, his real congregation was global in nature. He was one of the first Jewish performers to play “in front” of the Iron Curtain as he provided thousands of Soviet Jews with proof that even the most oppressive of regimes couldn’t eradicate the “Pintele Yid”. More often than not he’d return from those trips with little more than the shirt on his back, having given away everything he came with (including his tzitzis, talis & tefillin) to his “family” there.

The fact that his sense of humor was often wry—and sometimes even ironic– should come as no surprise when you consider the ironies that comprised his life. Case in point, since the early 60’s release of his debut album “Haneshoma Loch” his music has been (and still is) part of even the most “Charedi” of weddings. Despite this, many communities were uncomfortable with what they felt he represented so they embraced the music, yet kept the man at arm’s length.
Rather than fault them, Shlomo simply moved past them. After all, God gave him a blessing, and he had to make the most of it. Thanks to the efforts and vision of Sheya Mendlowitz, Shlomo was brought “back to the mainstream” as he shared the stage of HASC with MBD and Abie Rotenberg. While both are iconic in their own right, the feeling of reverence they exhibit as they shared the stage with Shlomo was immediately evident.

Today, the “Shlomo Shabbos” is a common place—and usually “standing room only” event in Jewish communities everywhere—including “strongholds” like Boro Park and Flatbush.

How would the “Father of Jewish Music” react to this posthumous acceptance? Odds are with a smile a twinkle in his eye and a “Mamish A Gevalt!”

…And perhaps, just the tiniest of “gridgers” over how a well-meaning ba’al tefillah is “treating” his “Kinderlach”. 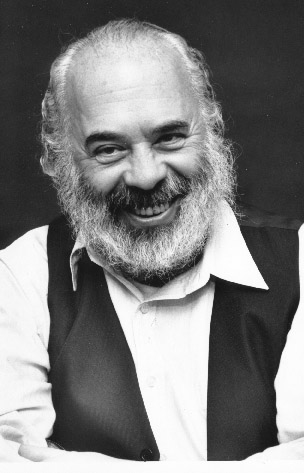