Unlike most professions, when your family business is “music,” your “yichus” will only take you so far. If your talents aren’t on par with the family members whose name you share, then you’re in for a reality check.

As the third generation of Werdyger’s to grace our ears with fresh yet “connected” music, Yeedle has proven he has nothing to worry about. Yeedle’s grandfather R’ Duvid, remains one of the most iconic of the post-war Chazonim. His recordings range from Ger’s Classics to Camp Kol Rinah Sings-one of the first albums to bridge classic chazanus with more “contemporary” (for the 60’s!) nigunim and boys choir (vs choral) vocals. Yeedle’s father can be described in three letters, MBD (for a more detailed description, feel free to check September in the 2011 edition of the JM 365 calendar).

With genetics like that, you’d think that Yeedle had the perfect blueprint to continue in those very impressive footsteps. That is of course, unless you know Yeedle. You see, Yeedle isn’t just an impressive vocalist like his father and grandfather, he’s also an impressive innovator as well.

While his debut album “Together” and follow up “La’asos R’tzon Avicha” were well received (hey with MBD producing you, how can you go wrong?), it was his third—and first totally self-produced album that really broke through and defined the Yeedle “brand”. For starters, it eschewed the “open with a fast song” formula in favor of the now classic “Shiru Lamelech.” What made this work, was Yeedle’s ability not just to recognize a potential hit, but his understanding that real hits will “hit” no matter where they are placed. Aside from the song selection (and sequence), the album also featured a sound that was smarter and more sophisticated than what listeners were used to. While the arrangements reflected styles from jazz, to fusion, to Latin and world music they were all infused with “enough heymish” to ensure they connected with his fans.

Stellar production values that take solid material to an even more stellar level has been Yeedle’s signature ever since. The sound he’s made his own has given him a fan base that includes Europe, South America and of course Israel. His most current album “A Verdiger Yid” shows his diversity as a performer with material that reflects everything from classic Yiddish theatre to dance-driving techno to the Chassidic sounds on which he was raised.

Like any good producer he has pushed the creative envelope with successful projects like the guitar-based “Guitar Soul-O” which featured world class guitarist and session master Avi Singolda, showing what makes him a world class guitarist and session master. Aside from introducing JM fans to talents like Singolda and the engineering and audio excellence of Eli Leshinsky (now both staples of any “A-list” production), Yeedle was also one of the first names to collaborate with Aaron Razel. It takes a performer very secure in his own talents to showcase and collaborate with new artists especially one as electrifying as Razel. While the subtleties and nuances of the arrangements speak to his attention to detail as a producer, it doesn’t stop there. The cover of his “Lev Echad” album uses a unique 3d/lenticular printing process to bring the energy to life (and customers to a standstill as they were mesmerized by its motion). After headlining major venues throughout the world and giving JM fans a collection of hits (and artists) to enjoy, what’s next for the latest member of the Werdyger dynasty? All we can say is stay tuned and prepare to be amazed…again. 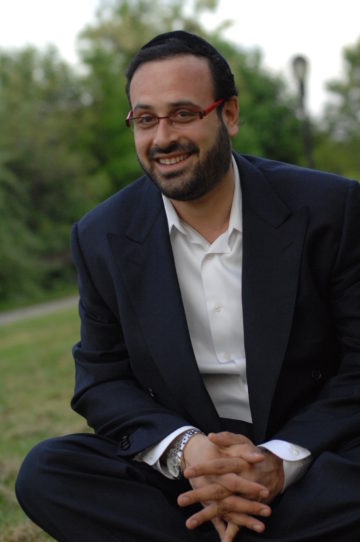