If music is the language of the soul, then lyrics are the voices of the heart. Blessed with both, legendary singer/songwriter Srully Williger has long dominated the scene of Jewish music with not only his musical talent and lyrical expertise, but also his ability to connect to others in a way that far surpasses musical expression. Whether it be his melodic rendition of Tatte, a song that Rabbi Sherer had personally requested be sung at the Siyum Hashas, or his enthusiastic performance of Hu Klal, Srully has pioneered Jewish Music with his unique mix of old Carlebach classics, traditional music, and newly released hits.

Born in 1970, Srully Williger started his career at the tender age of eleven years old in the Amudai Shaish Boys Choir. This catapulted into him lending his voice to several children’s tapes, among them the ever popular 613 Torah Avenue and Kindervelt. As a teenager, Srully was sought out by Yerachmiel Begun to contribute as a star soloist for The Miami Boys Choir.

By the time he produced his first album in 1995, Srully Williger had become a household name and a sought after performer. Gracing the stages at Madison Square Gardens, Brooklyn College, and various large arenas, he later went on to produce over ten solo albums. With thousands of copies sold worldwide, the success of the Carlebach Friday night collection increased not only the number of his top musical hits, but also the audience to which he spoke. With children, teens and adults being able to relate to his music, Srully Williger became an icon for what it means to be a Jewish music superstar. With his unique ability to cater to an eclectic mix of people, he united music aficionados with each new concert and album he produced.

On one memorable event, HASC was celebrating 18 years of Jewish music. To mark the occasion, Srully performed a rendition of top Jewish hits with musical impressions of vocalists in which he imitated stars such as Lipa Shmelzer, Dedi, MBD and Avraham Fried. When asked what prompted that performance, Srully laughs and admits that he enjoys using the stage as a means to entertain, not only to perform.

On an introspective level, Srully is passionate about inspiring others with his music. Although performing on stage has its excitement, there is something far deeper that keeps him grounded and focused on his mission to bring joy and unity to others. For Srully, it is the ability to interact with people who can benefit from the joy and inspiration that music invites, be it the weekly visits to the hospitals to cheer up the ill, or the spontaneous kumzits with friends and fans. As exhilarating as a cheering crowd may be, the smile or the nod of recognition on the face of those most in need is the most silent, yet rewarding, standing ovation. And that, he says, is priceless.

On one occasion Srully recalls receiving a phone call from a family that he has visited often when their child was a patient in Sloan Kettering Memorial Hospital. Hello Srully, it would be a big honor if you would keep your word when you mentioned to our daughter while you came to sing for her in the hospital that you will iy”H come sing by her wedding – gratis. Srully said of course it would be my biggest pleasure, here’s the catch, the wedding is in Italy! Well, after calling his travel agent Yossi Leifer of Travelers Choice and telling him the story, he booked the ticket for Srully and said he does not want to take any payment for the flight, he said as long as we are partners in this mitzva – ” you are traveling all the way to Italy to sing for free, I will get you there.” 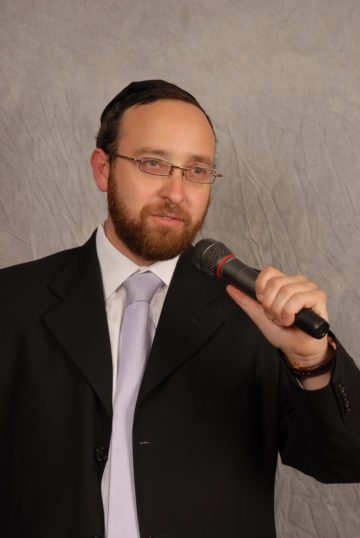