For those of you who feel that the last time the UK had a major impact on the JM scene was when it gave us Yigal Calek & The London School, we have two words for you: Shloime Gertner.

Always effervescent, affable and of course entertaining, Gertner exploded on the collective consciousness of JM fans everywhere in 2007 with his debut album Nissim.

The project produced by the powerhouse duo of Gershy Moskowitz & Yossi Tyberg (aka Teem Productions), was a collaboration of “A” listers including composers like Yossi Green, Pinky Weber, Lipa Schmeltzer & Eli Laufer and arrangers like Moshe & Eli Laufer, Yisroel Lamm, Shai Bachar and others.

As the JM audience is known to be rather demanding, it takes more than “A” list songs, arrangements and production values to ensure a hit album… it also takes an “A” list performer. Gertner readily proved he was more than up to the task, and as the saying goes “a star was born.”

Thanks to the strong word of mouth and breakout hits like Nissim & Shmeichel, Gertner was soon “hopping the pond” between the US & UK (not to mention the UK & Israel & the UK & South America) on a regular basis, performing at simchas and headlining at concert events. Despite being rather new to the industry, he has shared the stage with luminaries (and now, fellow “A”-listers) including MBD, Fried, Lipa, MBC, Dedi, Ohad, Yehudah Green, Yaakov Shwekey and others. Live, Shloimie projects an aura that’s every bit as dynamic yet user friendly as his prerecorded presence. Whether it is in the studio, at a simcha or on stage, nothing about him is an act—he is one performer who is clearly enjoying his work as much as do his grateful audiences.

The debut of “Nissim” was so positive, fans were soon clamoring for more and Gertner and “Teem” obliged with “Say Asay”, “VeHiskin” and most recently “Imagine,” this aside from HASC and Ohel concert recordings and cameos on Sheya Mendlowitz’s “Big Time Alteh Heim.” With each new appearance and recording, fans are seeing Gertner grow from singer to superstar to performer to artist—all the while retaining the “Shmeichel” that endears him to thousands of fans the world over. 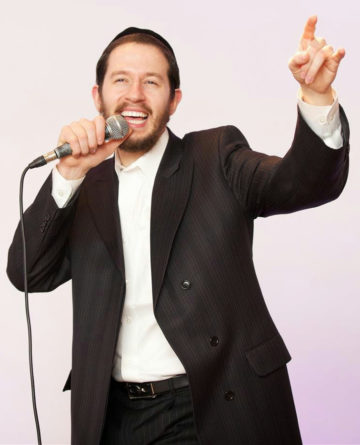