Yaniv Ben Mashiach – Born in 1979 in Bat Yam to a father of Persian origin and a mother of Moroccan origin.
As a child who grew up exclusively in Arab and Turkish music, at a young age he stood out for his great talent in the field of poetic poetry. He learned Makamim from then on and served as a soloist for the legendary Shabat Achim choir.

He began his musical career at the recording studio in 1997, when he released his first album “Shvil Haor” (“Path of Light”) – an album that was composed on the Turkish version in holy words.
Two years later, in 1999, his second album, “City of Kadesh” was launched, which in its version is somewhat closer to Hasidic music.
Eight years of performances and events in Israel and abroad delayed the recording of the next album “Lech Be’ore Olam”, which was released in 2007, in which he worked in Turkey in a huge production of 24 musicians – the album was recorded as Yaniv’s greatest musical breakthrough. The hit that has so far brought thousands of couples under the chuppah “to marry tonight”
In 2009, Ben Mashiach publishes a fourth album, “Shema Benei” (“Shema Benny”), which continued the breakthrough with the greatest hits: “Only Gd” “This is the Way” and “My Jerusalem is Forever”
In 2010, right next to the High Holy Days, he produced the “Selichot Concert” which was also recorded in Turkey accompanied by live violins. The album gained considerable exposure when it was recorded in the sales indices as “one of the best selling albums” in both the ultra-Orthodox and the general sectors. The album included the hit “You are the Lord of all worlds.”

In 2011 Yaniv appeared at the Mann Auditorium in Tel Aviv – when the hall is full of fans and a huge production by a large orchestra. The show was filmed at D.V.D and was marketed at the music stores.
From there Yaniv and Peretz continued with singles for the general public, including “We Are Both”, “Rabbi Nachman” and of course the song that broke records in Youtube expectations – a duet with singer Moshe Peretz “and after all”
Following this success, he released the album “Drop and Drop” in 2012, which included many hits such as “Thank you to me” “I came to make me happy” and the theme song “Drop and Drop”
With this album, Yaniv went on a tour of cultural halls and hangar 11 several times, with each performance registering as a dazzling success – together with him a children’s ensemble, which he established for receptions, events and performances.
In 2013, Yaniv continues to release singles who are gaining great momentum in Haredi and general radio stations – “Eshet Hayil”

In 2014 Yaniv is moving to the new album “Good News” when he is releasing the duet “Thank You for All” with singer Kobi Peretz, with Elia joining a solo version of Yaniv to sing.
Then, just a week before the release of the album, the song is accompanied by a clip of the World Committee – a song written, composed and performed for the World Chess Organization.

In the year 2015, Yaniv continues to perform throughout the country in events and fills cultural venues with the publication of new songs “Good Week” “The Truth of Life” and a duet called “Bizchut Haemuna” with the Greek singer Yorgo Romaius

Three years after the release of the album “Good News” in 2017 Yaniv publishes a new album “Providence from Heaven” in which the theme song Ben Mashiah and his good friend Lior Narkis are performed.
The album immediately receives a hug with open arms, sweeping hundreds of thousands of views on YouTube and playing on the radio stations. 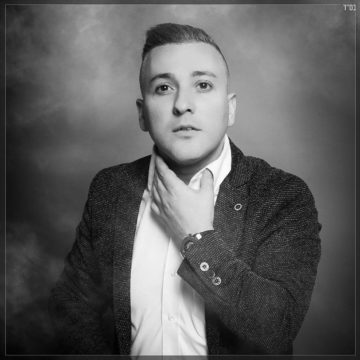