Known as one of the most dynamic performers to have made their mark on the Jewish music scene over the last several years, Uri Davidi continues to wow audiences at weddings and concerts all over the world. A truly versatile singer whose unique ability to connect with his audience has made him one of the most in demand vocalists today, Uri’s trademark warmth and energy are evident every time he steps up to the microphone. From the emotional to the electric, Uri does it all, logging approximately 600 appearances since 2013.

Uri got his start singing chupahs at friends’ weddings, earning one job after another with his heartfelt performances and, in the process, finding himself with a career in music. His recently released debut album, Halevai, has delighted listeners worldwide, bringing Uri’s music to an even wider audience. Born in 1989 and bred in Los Angeles, Uri and his wife Rikki live in New Jersey and are the proud parents of three. 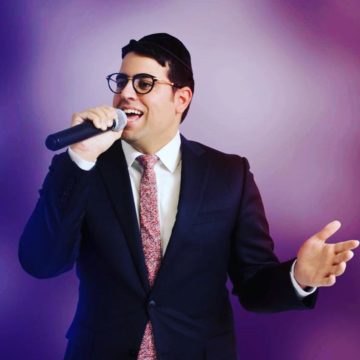 25. When We All Danced Together