Eli Gerstner is one of the very few JM stars who could be profiled in a music/entertainment publication for his talents and in Forbes or Business Week for his market savvy and being living proof that “vertical integration” works. For those of you without access to an MBA, “Vertical Integration” is “market speak” for describing a company that creates all the parts it needs so it doesn’t have to count on outsiders to deliver the level of product their customers expect.

And with his ability to exceed expectation as a composer, arranger, producer, performer & engineer, and deliver an endless stream of hit groups, songs & shows that include, YBC, The Chevra, Menucha, Yosis Orchestras, Teknoy, Dovid Stein and more, few stars are more, or better, “vertically integrated” than Eli Gerstner.

His solo career spans three well received but underappreciated albums beginning with Hinei in 1999. His breakthrough project, though, was the now iconic “The Chevra” album, which took the JM world by storm and made both Gerstner and the group international phenomenons. This was in an age before YouTube and social media—in short, they built their worldwide fan base the old school way—through having a great project and “working it.”

While it is easy to dismiss The Chevra as JM’s way to cash in on the “Boy Band” craze that was sweeping the world, that would be like dismissing top-rated kosher wines as “cashing in” on the trend towards well-crafted wines. Fact is, The Chevra would have been a hit with or without the secular boy band craze. It had hit songs like Yehey, flawlessly executed arrangements that were the right blend of “tech & ta’am” and a vocal group with the style and harmonies to take the already stellar material to a new level. What the songs, arrangements and vocals all had in common was they were all courtesy of the album’s producer and group’s founder—Eli Gerstner. If that’s not enough legit “cred,” consider this. At the post Pesach National Solidarity Rally for Israel which took place in Washington DC in 2002, the Chevra was asked by the organizers–who wanted an act that would appeal to the broadest spectrum of attendees possible– to perform for the over 100,000 attendees at this groundbreaking moment in Jewish history.

While most would ride that very impressive wave of fame, Gerstner pushed the bar further with Menucha—a more adult contemporary version of the Chevra that resonated with Chevra fans who were feeling too old to still be Chevra fans. Rather than being accused of being a one genre wonder, Gerstner applied his vision, creativity and unerring “nose for the next” to the world of boys choirs with the introduction of the Yeshiva Boys Choir series. This highly popular group bears Gerstner’s trademark “all from the source” production quality and not surprisingly has sold out shows in some of the country’s largest venues (Gerstner’s legendary Yom Tov shows are a tradition with JM fans of all ages).

To showcase his interpretation of the classics, as they apply to simchas and other live performances , Gerstner launched Yosis Orchestra—at first blush a “simcha” band, though after a few more minutes of listening you realize it is every bit as fresh and innovative as his other projects . Despite the demands of keeping the hits flowing from his EG production portfolio, he still finds the time to collaborate with fellow talents like Gershon Veroba. “Tzur Misgabaynu”—on Veroba’s “Impressions” seems to have been composed and arranged by Gerstner with Gershon in mind. It showcases Veroba’s formidable (yet sometimes overlooked) talents as a “Yeshivish” singer with a style and energy that makes it a classic worth catching.

What’s next for Eli? With over 1500 songs “under his belt,” a relationship with Universal Music and multiple projects always in the works, you can answer that question in true Jewish tradition—with another question, namely “What’s next for Jewish Music?

Odds are the answer will be one and the same. 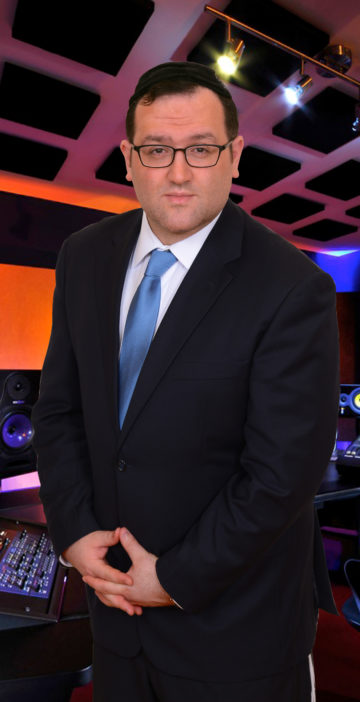