Beri Weber, born and raised in Brooklyn, NY, is a new-age Chassidic singer, composer, and entertainer. He is a renowned “vocal powerhouse” and rose to fame in 2009 with the debut of his album “Be’ezras Hashem Yisborach.” Beri released two
additional albums, “Farbrengen #1” and “Farbrengen #2,” featuring his distinct kumzitz approach. He performs at concerts around the globe and is a popular singer at weddings. Beri’s music emanates a fresh energy in soulful, creative singing. His unique style, inspired by mystical chasidus, aims to motivate and elevate fans worldwide.

Beri began his singing career at age nine. He sang alongside popular musical artists including MBD, Moshe Goldman, and Mendy Werdyger and later joined the Shira Choir. He is also the lead vocalist on the first of the legendary Kinder Classics and JEP albums. His early stint in the world of professional singing reflects his musical heritage. In addition to growing up among siblings that are all musically inclined, Beri’s maternal
grandfather was a singer and badchan. His paternal grandfather served as a distinguished baal tefilah during the high holidays.

Beri names Shlomo Carlebach and MBD as his major musical influences and immersed in their music throughout his childhood. He names celebrity Gad Elbaz as his star vocalist. Beri draws his musical inspiration from the teachings of R’ Nachman of Breslev and enjoys exploring the Rebbe’s views on the spirituality of music with Reb Lazer Brody, Reb Motta Frank and Reb Itche Mier Morgenstern of Jerusalem. 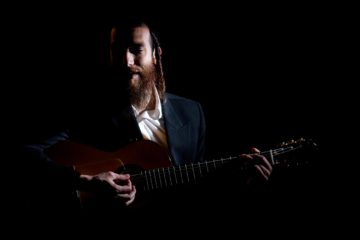