He was born on August 20, 1974, in New York in the name of Aharon Yosef, and when he was one month old his family immigrated to Israel, where he studied at the “Example for Boys” school and at the Jerusalem Academy of Music, , And became religious with his family after the army. He studied at “Shalom Tzav” yeshivas in Tzfat, Netiv Daat in Jerusalem, and at the Meir Institute. In the past he served as a keyboard player for the family band, “Razel”. Lives in the Nahlaot neighborhood of Jerusalem, married with three sons and a daughter.
He began his musical career in the classic field, but after he became religious, he became more connected to the rock music he is doing today.
He holds a master’s degree in music (composition in classical music) and plays several instruments from an early age. Seggeno is a combination of jazz and blues along with alternative rock. His transcripts are based on Jewish sources and on personal writing, and some have political and religious messages.
Razel was one of the first to break the barrier of Hasidic music and created a new style of music called “original Jewish music.” A number of his singles have even reached parades on the general radio stations, most notably the “Redemption Time”.
During the disengagement plan, he took part in demonstrations against the plan and toured Gush Katif and raised morale there. Two years after the evacuation, he released the CD “To Be Connected”, which deals, inter alia, with the events of the disengagement 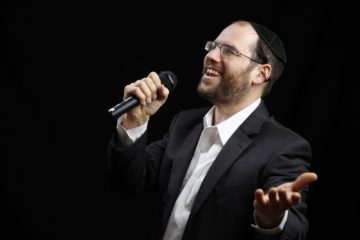