Yuval Taib has been a prominent figure in the field of Jewish music since he was 8 years old. His first album was released for the Bar Mitzvah, sometime in the nineties. His father, Daniel Taib, whose music he breathed, felt that his great talent needed polishing and, in addition to his innate abilities, sent Yuval to study classical vocal and violin development at the municipal conservatory.

In addition to his studies as a child in the school, the young man listened to the songs of Arab music leaders such as Umm Kulthum, Abdul Wahab, Abd Halim, Farid Al Atrash and others.
Despite his youth, Yuval Taib was considered an encyclopedia of Arabic music. He is well versed in the history of Egyptian music, and is sometimes approached by professionals to consult with him about the origins of melodies and macarams.
Yuval Tayeb lectures on the theory of poetry and poetry in prestigious academic frameworks. He also participated in a joint musical journey on behalf of the Hebrew University – Beit Hillel, with the Israeli singer and composer Shlomo Gronich.
Yuval is a soloist in the Israeli Andalusian Orchestra and a member of the Alumot Association, which championed the preservation and nurturing of the heritage and traditions of North African Jewry and Tunisia.

Milestones:
1988 – Yuval at the age of 11 and following the exposure he records two cassettes, a multi-verbs accompanied by the children’s choir, Farhi Rav Pe’alim, Beit Shemesh, from the Sounds of the East with Jerusalem flowers conducted by Hanan Avital.

1990 – Yuval on his way to Bar Mitzvah, presenting a debut album “Halleloy-H”.

1991 – Alongside religious studies at the Or Gaon Yeshiva of Rabbi Fadida in Bnei Brak, Yuval Tayeb publishes two cassettes that are huge productions: Or David and Simcha, including songs in the holy tongue about the familiar tunes of the greatest Arab music. The productions were played by the Kol Israel Symphony Orchestra in Israel with 24 musicians, conducted by Avraham David Hacohen and the late Jojo Musa.

1992 – Yuval Taib records in a duet with Cantor Arie Ovadia the album “Kol Rina” with the hit ‘Baruch Hashem’, and this time too the Kol Israel Symphony Orchestra is called to the flag.
At the same time, Yuval Tayeb receives invitations from Jewish communities from every point on the globe. Among other things, Yuval appeared in the largest communities in Argentina, Mexico, Canada, France and the US One of the great performances of Yuval, who was only 14 years old, took place in the famous Olympia theater in Paris, France.

1994 – 1996 – Yuval learns at Rabbi Pinto’s Rabbi Moshe Pares Yeshiva, and at the Great Synagogue of Or David, Rabbi Daniel Zer, during this period Yuval invests his best energies in practical study alongside the study of the Torah, Ahavat Yisrael, and Chesed Ma Hoe.

1996 – Upon completion of his studies at the yeshiva, Yuval records ‘The Song of All My Brothers’ the theme song of the album, written and composed by the Oud player Rabbi Yehezkel Bezalel. The new album created for the first time a new way and style in Eastern music – poetic.

2003 – Yuval takes out the historical masterpiece ‘Tehil’ – a collection of Tunisian Jewish songs in Arabic based on the Life Cycle, which was recorded and produced under the guidance and direction of the legendary Jewish Tunisian singer Raul Jorno in Paris, France.

2006 – After about 4 and a half years of strenuous work, Yuval releases the album: Ma’ase Bereshit, the crowning achievement of Yuval Tayeb’s musical production, which was also recorded in Paris, France.

2007 – Yuval Taib records the single “Tefilah LaYeled” in a duet with the singer Shlomi Shabat. The exciting performance turned into a number of weeks for Shlager on the radio stations and a special hit in every event.

2011 – The best forces in the field of ethnic Jewish music joined together in a fascinating album: Israel Salhov, Adi Leon, Shmuel Yona, Rami Lev, Arlette Safdie, Yaakov Menashe, Erez Yechiel, Eli Keshet, Yaakov Eyal Rahamim and more. The result: “Shema Israel” is an album full of contemporary hits in a series of western styles, up to the very evening. Among the hits: one people, one day, Hallelujah and the wedding night – in two versions in Hebrew and Arabic.

2012 – Yuval Tayeb makes history with the refreshing novelty of the Mizrahi classic ‘Nachmoni’ by Moshe Ben-Mor, with the intensity of emotion and soul to which he is able, in combination with violinists and musicians from Turkey, and is currently conquering the charts with the single rhythmic ‘If I am not for me, 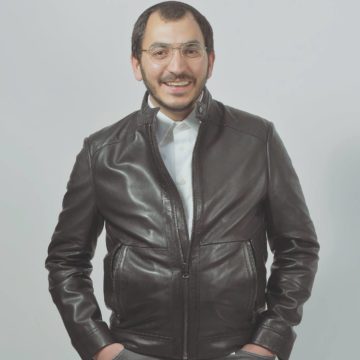