As a singing sensation who has taken the world of Jewish music by storm, Yumi Lowy is recognized by fans across the world as a superstar vocalist and recording artist.

Beginning his career as a child soloist on MBD’s legendary Once Upon A Nigun album, Yumi further honed his natural musical talents as he entered adulthood by singing in choirs for the albums of world-famous performers, including Avraham Fried and Yaakov Schwekey. With a unique vocal style and professional stage demeanor, he quickly became a sought after vocalist for Jewish weddings and gained further prominence as a founding member of the renowned Shira Choir.

Upon the release of his debut album, Yumi’s popularity amongst Jewish music aficionados of all backgrounds soared as he collaborated with numerous celebrity composers, including Yossi Green and Pinky Weber, to produce a dynamic album that sold thousands of copies within weeks of its release.

Currently, Yumi resides with his wife and children in Brooklyn, NY, and – when not working in the recording studio on his next album – travels across the world as a star vocalist headlining at concerts, weddings and private events. 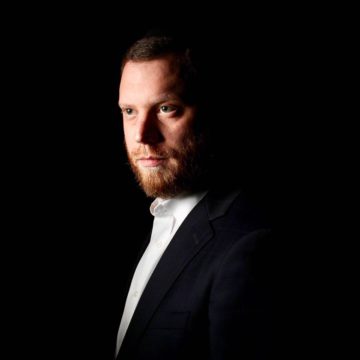