Yossie Rose was born in Montreal, Canada. His talent and love for music were discovered at the early age of five where he was the leading soloist in his school choir.

At age ten, he traveled all over North America with the renowned composer, musical arranger, and choir leader, Avraham Rosenberg, now leading the group known as the “Tzlil V’zemer Boys’ Choir”. From 1980 through 1982 Yossie directed choirs in Montreal, Los Angeles, Detroit and Israel. In 1982, he started solo live performances and guest appearances on albums in North America. With extensive vocal training, both in the operatic and popular style singing, promoting original compositions written exclusively for him, Yossie, in 1992, performed in a concert tour throughout the United States with leading stars such as Yoel Sharabi, Jo Amar, Shlock Rock, Diaspora Yeshiva Band, Moshe Yess, and the Tzlil V’zemer Boys Choir.

With the release of his album, “Bracha Ad Bli Dai”, Yossie, reached unprecedented heights. Both, amongst his peers and the average consumer, “The Voice Of The Future” was finally unveiled. Yossie had the exceptional opportunity of recording with one of the leading producers in Jewish music today, Gideon Levine. Gideon Levine has been instrumental in the production of albums for all of the top stars in Jewish music, including, David Werdeger, David Werdeger’s son- MBD, Avraham Fried, Dedi, Michoel Shtreicher, Shlomo Simcha and more. Yossie has since been featured twice on “Solid Gold 2” and “Solid Gold 3”, joining such performers as MBD, Shloime Dachs, and Yeedle. Yossie, then joins “The” all-star album “Dance With Neginah 5” with the mark of his creative spirit and flair. In addition, Yossie has been featured on two recent releases, the “The Vocal Version” and “The Double Dance Trax”.

From dancing with the crowds in Jerusalem to harmonizing with Avraham Fried at Miami Beach resorts, Yossie Rose dazzles audiences worldwide. His concert appearances include Brooklyn College, the Friar Tuck Inn, the Tamiment Resort, the Miami Beach Marco Polo, Queens College, the Miami Beach Deauville Country Club, and performing with the Washington Symphony at the renowned “Kennedy Center”, just to name a few. Yossie continues to mesmerize and enthrall audiences with his captivating talent and unique style- be it behind the drum set, his melodic flute, perhaps the roaring saxophone, his fingers on the ivory keys of a Baby Grand, or just simply with a microphone in his hand. 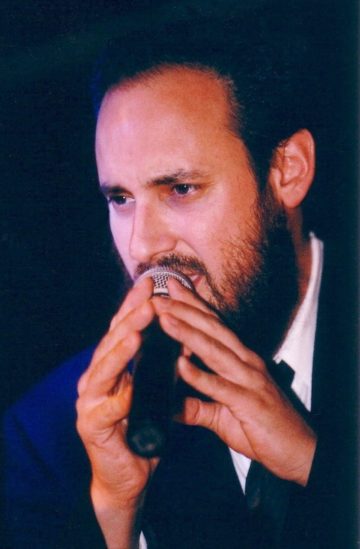