He’s known for his exuberance, his stage presence, his genuine warmth and uncanny ability to connect with the largest concert crowds to the most intimate of kumzitz scenarios.
Most of all, he’s known for his voice—a multi-faceted “instrument” in its own right with an uncanny ability to capture and communicate the “soul” behind the most nuanced nigun or the spirit reflecting the most soaring “simcha.”

Yossi Goldstein and he’s been an integral part of the world of Jewish music for close to twenty years.
Actually “partially best kept secret” would be a better way of describing it, because his ever expanding fan base spans from Williamsburg to the Upper West Side—case in point, a few years back, Yossi was the pivotal factor behind an uptown Manhattan couple changing their wedding date to one where Yossi was available as he couldn’t name their initial date because of a prior commitment –his nephew’s wedding in Lakewood!

What exactly catapulted this native Israeli to approach his performance career with the same whole hearted enthusiasm that has made him one of the most beloved pre 1A rebbeim in Crown Heights-a community that places chinuch—and mechanchim on a pedestal all their own?

“As a child I would attend weddings and just stand for hours watching and listening to the band—what got to me the most was the fact that the bands who were really “connecting” with the crowd were the ones who seemed to be having fun themselves. Clearly to them it wasn’t a “job”—it was a passion that came from understanding their role—and respecting the fact that the friends and family that traveled to this simcha did so to “be mesameych” the baalei simcha. It was almost as if the crowd was a “race car” revving their “engine” and it was the bands job to make sure that the crowd would shift in “high gear” as fast and smooth as possible

This insight got young Yossi dreaming of the day that he would be playing and singing himself.” After much hard work, studying and practice, Yossi honed his vocal and keyboard techniques o the point where he wasn’t just “another” singer—but a solid stand out presence that was able to “add” to a simcha—not just “show up” and go into “autopilot mode” with songs “
“My father told me, “If you wish to be happy, make other people happy!” He is so right! It’s an unbelievable feeling singing at a wedding and being Mesameach the Chosson and Kallah. After releasing several solo albums including an Accappalah titled Ribono Shel Olam, Yossi recently decided to “combine his two more impressive passions; performance and teaching, into one, The result? The Temimim Boys Choir.

While the term “Boys Choir” invariably conjures up certain images and performance styles in people’s minds, Yossi hastens to point out that Temimim’s on stage presence is quite unlike anything audiences have experienced.

The reason? The extensive “off stage” time and effort Yossi “the performer” has put in under the gentle guidance of “Yossi the Mechanech”
“People keep asking me what’s Temimim like? So I say “Playback in your mind every choir performance you can remember, Pirchei, Amudai Shaish, London School, Miami, Yeshiva Boys, the Kinderlach… now isolate the one or two “intangibles” that in your mind make each of them special.

Then combine all those special “intangibles” together and add to that a repertoire of totally original songs which were composed specifically to bring out the best of the choir and their leader and you begin to feel why Temimim is getting the “buzz” it is. 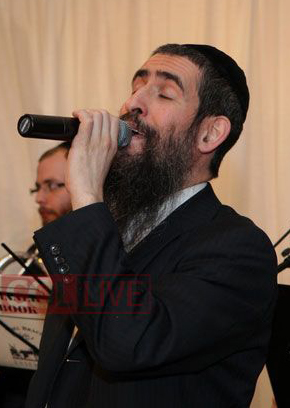