Yosef Chaim Shwekey, a singer and artist of Hasidic Jewish music, is married and the father of three.

He began his musical career in 2007 in New York where he began to perform in concerts and special events.
The 2nd Dance project broke into the Chassidic music world with a sweeping rhythmic hit – “Lecha Ezbach”
In 2009 he published his first album “Lo Lefached” with the best musicians in Israel and abroad, with two hits, “Hashleich” and “Lo Lefached.”
About a year later, he made aliyah to Israel and moved to live with his family and settled in Ramat Beit Shemesh.
In 2011 he released his second album “Chavivin” in a special musical production with the hits: “Lehodos” “Hu Yevoreich” and more …
At the end of 2014. Towards the end of the third album, which is in its final stages, a unique single “Hakol Letovah” was released, which hit the music world, was played on all the radio stations and was seen as a huge hit.

About three years ago, his second album, Yosef Chaim Shwekey, continues his musical career with new branding and management and is now launching his third album, “Hakol Letova”, in which he is demonstrating a new and surprising vocal ability. The songs are of different styles, ranging from the classic Chassidic genre to new and up-to-date pieces.
The record brings a real message to music lovers and a particularly pleasurable listening experience.

Yosef Chaim Shwekey is a leading singer in the ultra-Orthodox sector. He has a captivating personality, characterized by his pleasant and moving voice, along with impressive musical abilities. He performs throughout the country and the world in an energetic connection with the audience in concerts and weddings. 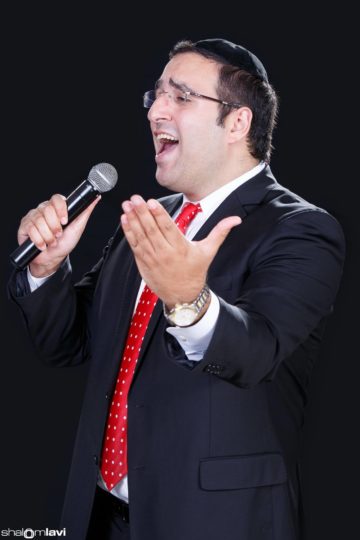