It was at the age of just eight years old that audiences first began to take notice of Yoely Falkowitz as he performed with his yeshiva choir. Requests to sing at simchos soon began to pour in, but it wasn’t until after his own wedding that the talented performer became a professional singer and entertainer. Yoely has performed at countless simchos, can be seen on numerous YouTube videos and was featured on the 2010 album Amen V’Amen. With each and every song, his fan base continues to grow as this talented young singer delights audiences everywhere.

At long last, Yoely is about to release his debut album, which is sure to make an even larger audience aware of the considerable talents of this 28 year old Brooklyn resident. The best of the best in the music business, impressed by Yoely’s stellar musical abilities, came on board for this project, featuring ten songs by renowned composers Yossi Green, Yitzy Waldner, Eli Laufer, Shloime Kalish, Chaim Hartman and Meshulem Greenberger. Producer Yossi Rubin made sure that each song would be polished to gemlike perfection, calling upon the talents of arrangers Ruvi Banet, Shua Fried and notable newcomer Yoily Dickman. With a variety of musical styles that is sure to impress and standout choir work by Moishe Roth, Eli Laufer, Ruvi Banet, Yoely Dickman and the Shira Choir’s Yoeli Horowitz, this is one album that is sure to be noticed by music aficionados everywhere. 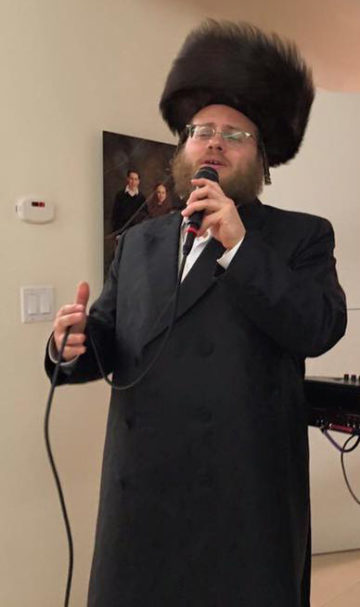