Yishai Lapidot (born January 1, 1968) is a modern ultra-Orthodox composer and broadcaster, soloist of the Simchas band and musical director of the Kinderlach band (until 2013).

He was born in Even Shmuel, where his parents were on an educational mission. At the age of four, his family moved to Zichron Meir in Bnei Brak. His father, Aharon, studied at Yeshivat Merkaz Harav, and moved closer to Harediism when he studied at the Azata yeshiva. He later served as a military chaplain who served for 30 years as the head of the Intelligence Corps, and his mother Miriam is the daughter of Moshe Ironi, a member of the city of Chazon Ish, Kosova, who immigrated to Israel with him.

He studied at the Little Yeshivah Or Yisrael and later at Yeshivat Kol Ya’akov, Yeshivat Yeruham (headed by Rabbi Raphael Yona Tikochinsky) and Mir Yeshiva. At the age of 22, he enlisted in the IDF and served as a soldier.

In the eighties he composed and conducted choirs of schools. At the beginning of the 1990s, a series of “Yashibish” albums by the Bronner brothers were released, most of which were composed by Lapidot, among them the hits “He Will Help Us” and “You Are Holy”.

In 1996, he founded the Chasidic Dance Company of Simchas. In 2004, together with producer David Fadida, he founded the “Kinderlach” children’s troupe and serves as artistic director. In 2011 he founded with Amiran Dvir the religious rock band “Ya Ye Ye”.

He composed many Hasidic songs whose lyrics from the sources, but many of his compositions, are original words like “My Little Leaf,” which he wrote and composed for Avraham Fried and won cover versions of his uncle Aharon (in his album Little Mine) and others.

In 2008 he released his first solo album “I am Your Melody”.

In recent years, Lapidot has been presenting a personal program on Fridays on Kol Hai Radio, as well as a program for children on Channel 10 on Friday, called “Five Following the Parsha”, which deals with this week’s parsha.

In 2012 he was a member of the “Professional Committee” in the reality program “Music School” on Channel 2.

He was awarded the ACUM Prize for Chassidic Song in 2013.

In the summer of 2013, a member of the producer Yochai Kfir founded the YOYO label for Jewish music and culture, among which he represents the musical ensemble “The Council of Jewish Poetry”, which focuses on nostalgic Jewish poetry.

That same year, he became a musical director in a children’s troupe that he founded together with public relations man Aryeh Hintz. The band includes wonder children Daniel Kreitenberger (graduate of the Kinderlach band) and Dvir Tik.

Many of his melodies became hits, among them: “He Will Save Us” (Performed by Aryeh Brunner) “Moda I” and “My Little Aleh” (performed by Avraham Fried) Al-Hassidim. ”
Personal life
In 1994 he married Celine Ovadia. Director Rachel Rosenberg accompanied them in the preparations for the wedding and the accompanying dilemmas and produced a documentary film from this period called “Midrash Chuppah”. 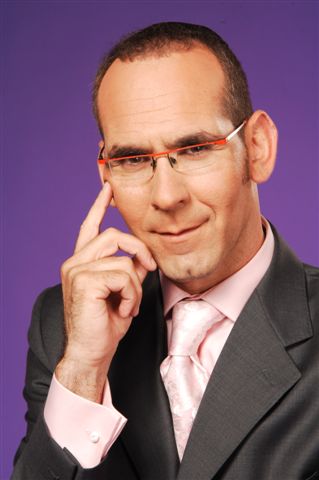