While the world of Jewish music has become saturated with “Shlomo Style” performances and performers, none have captured the hearts and souls of audiences around the world with the soft spoken success of Yehudah Green.

Born to a prominent Chassidic family in Jerusalem, Yehudah received his first exposure to the music of Reb Shlomo Carlebach at the age of five. Despite his tender age (or perhaps because of it), Yehudah immediately connected with Shlomo’s sincere –almost spiritual, soulfulness on a truly “organic” level. Rather than imitate it, his youthful innocence and exuberance enabled him to “absorb” its essence into his “musical DNA” and ultimately into his signature performance style.

It wasn’t until almost two decades later in New Hill England, when Yehudah had the privilege to share the stage with his “rebbe” (to this day Yehudah describes himself as a talmid (student) of the saintly Rav Shlomo”, rather than just a singer of his songs).

Those fortunate enough to have been in the audience that evening describe an event that transcended any concert they’ve been to before or since. Clearly Shlomo sensed in Yehudah a “”kindred spirit” –someone who shared his “voice” and deep regard for the power of the “niggun” (song) .

That night evolved into a relationship that became the musical equivalent of “the passing of the torch”. Despite his perpetually busy performance schedule, Shlomo made it a point to join Yehudah at least three times a year in Israel for standing room only performances that became “the hottest ticket in town”–regardless of who else happened to be in town.

Those now legendary performances led to an inevitable invitation to the famed Carlebach Shul on Manhattan’s upper West Side, where Yehudah’s honest, earthy style immediately set him apart from the countless singers who incorporate interpretations of Shlomo into their performances. Perhaps the greatest compliment of all came about 10 years ago when Yehudah was chosen to lead services during the “Yomim Noroyim”.

Like the legend who inspires him both personally and professionally, Yehudah’s fan base is a “living lesson” in Jewish demography. The audiences at his sold out concerts are comprised of people from Williamsburg to Westchester. Attend a Yehudah Green concert and odds are that you’ll find yourself sitting between a traditionally dressed resident of Skver on one side a clearly Mizrachi type from Englewood on the other and a “Uman yarmulkeh” clad lower East Side hipster behind you .

Like Shlomo, the honesty of Yehuda’s music unites our people as only our almost universal love of song can. Regardless if its an intimate kumsitz or a sold out concert, Yehuda’s style evokes an emotionally response that few if any performers can match

Or, as he describes it–with a level of modesty that invariably brings his “mentor” to mind; “Music is about honesty–not affectation…since childhood my music and singing just naturally went in Shlomo’s direction…it’s that “emes” that connects with audiences and Baruch Hashem lets them respond on a much deeper level. 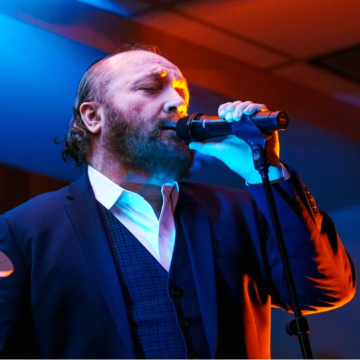