Rabbi Shmuel Brazil was born in Boston, MA in August of 1950. His family soon moved to Brooklyn, NY where a young Rabbi Brazil attended Yeshiva Rabbi Chaim Berlin. When Rabbi Shlomo Freifeld moved to Far Rockaway, NY and opened his famed Yeshiva, Shor Yoshuv, he recruited Rabbi Brazil to be one of the first students.

While a student at Shor Yoshuv, Rabbi Brazil was roommates with Yossi Toiv, better known as Country Yossi. Together with Yussie Lieber and Nachum Deutsch they formed the Ohr Chodosh, “The New Light” and recorded albums. At the behest of Rabbi Freifeld, Rabbi Brazil refrained from performing onstage. He did however compose some of the group’s biggest hits, including the ever popular “Shmelkie’s Niggun” and the soul stirring “Bilvavi” among others.

In the late 1960’s, Rabbi Brazil took up a position as Magid Shiur in Shor Yoshuv, a position he held for over 40 years. He amassed hundreds if not thousands of students, to many of whom he kept a close connection to.

In 1983, together with Abish Brodt, Rabbi Brazil released “Regesh: Volume 1” a 10 track LP all of his own compositions. The Regesh series continues, and is now at Volume 11, released in 2009.

In 2009, Rabbi Brazil moved to Israel and opened u[ his own Yeshiva, Zeev Hatorah, where he currently serves as Rosh Yeshiva. 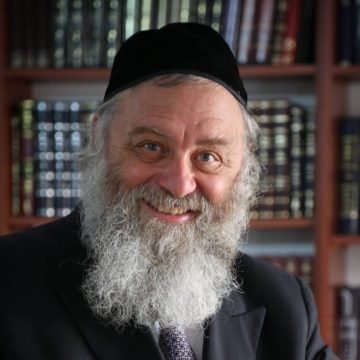