Shlomo Rechnitz was born on July 29, 1971 in Los Angeles, California, attended high school at the Mesivta of Long Beach, New York and then went to the Mir Yeshiva in Israel.

In 2014, 23 nursing homes owned by Rechnitz received a total of 50 serious deficiencies graded G or higher by the federal government, nearly triple the state average, according to a Sacramento Bee investigation. In October 2015 the FBI raided one of his facilities, the Alta Vista Healthcare & Wellness Centre, in Riverside, California, “seeking evidence in relation to alleged criminal activity.”

In 2015, one of the Humboldt County nursing homes owned by Brius paid $42,000 for administrative services to Boardwalk Financial Services to which Rechnitz is a consultant; and slightly over $47,000 to SR Capital LLC where Rechnitz is a managing member. The same home paid nearly $900,000 to lease the facility from Rechnitz as well as paying over $110,000 to TwinMed Medical Supplies and Services owned by Steve and Shlomo Rechnitz. According to the 2014-2015 state filings, over $4.6 million was paid to companies associated with Rechnitz, including more than $3.5 million in lease payments on the five Humboldt County properties. This all occurred at the same time as the company was trying to close the nursing homes claiming a loss of nearly $1.5 million.

In March 2016, The Forward and the Jewish Telegraphic Agency reported on rumors that he was one of the purchasers of the website Failedmessiah.com.

In November 2016, State Senator Mike McGuire said that threats to close Humboldt County, California nursing homes were due to a manufactured crisis and “extortion.” McGuire said that the threats were meant to force the state to negotiate a higher rate of return due to alleged losses blamed on a staffing crises and real estate lease agreements paid to Rechnitz’s companies.

Rechnitz oversees the Shlomo & Tamar Rechnitz Charitable Foundation which distributes funds to over 1,100 institutions yearly. He is known in the Los Angeles area for opening his home every Saturday night to listen to the needy and hand out charity. Rechnitz donated $5 million to support the Mir Yeshiva.

In December 2011, Rechnitz purchased a creditor’s note against Chabad of California’s headquarters in Westwood for $2.35 million in order to help the organization avoid foreclosure. After Hurricane Sandy, Rechnitz said he gave $1 million to aid in the rebuilding of Orthodox Jewish day schools and to assist the families whose children attend those schools

In 2012 Rechnitz heard about Diane Aulger, a mother-of-five in North Texas that had her labor induced a few weeks early so that her husband could meet their daughter before he died from pulmonary fibrosis. Upon hearing the story, Rechnitz personally phoned Augler himself and sent her $20,000.In the autumn of 2014 Shlomo pledged $2.5 million to the Lakewood Cheder School’s building campaign.

In 2014, Rechnitz released his 1st album featuring many of the most famous Jewish singers.

In November 2015, while on a layover in Shannon Airport in Dublin, Ireland, Rechnitz purchased hot meals for 400 US troops when he saw they were sitting on the floor eating lunches out of paper bags while other passengers dined at airport restaurants. He expressed his appreciation for their service and gave them each $50 ($20,000 total), telling them he’d take it off his taxes.

In January 2016 it was reported that Rechnitz had purchased 18,000 Powerball tickets for his employees, and that one of his employees had received a winning ticket. While he did indeed buy and distribute 18,000 tickets, the employee had been tricked by her son into thinking she had won. Rechnitz then offered the family a paid vacation.

In November 2016 Rechnitz released his 2nd album featuring many of the most famous Jewish singers.

In January 2018 Rechnitz released his 3rd album featuring many of the most famous Jewish singers’.

Shlomo Rechnitz is the President of Torath Emeth and he is the first Chairman of the Board for the Chofetz Chaim Heritage Foundation. On August 1, 2012 Rechnitz was honored as the keynote speaker of the 12th Siyum HaShas event at the MetLife Stadium in New Jersey. The event attracted more than 90,000 people and celebrated the conclusion of the ​7 1⁄2-year learning cycle of the Babylonian Talmud. 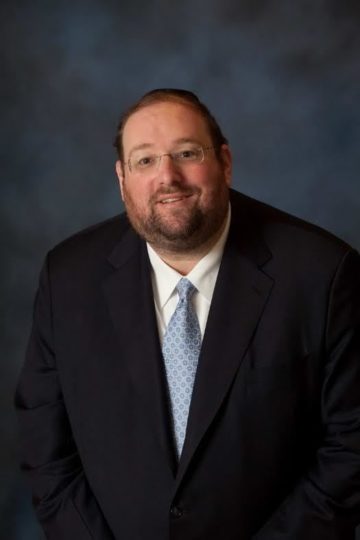