His youth and the beginning of his career

Sabbath was born and raised in Yehud to Emily and Avraham Shabat who immigrated to Israel from Turkey. Shabat did not complete his studies at the “Makif Yehud” high school. He served in the army as an ambulance driver in the Medical Corps and after his military service he began a singing career at clubs in New York, where he discovered his proximity to Mizrahi music. Despite his success in the United States, his first album, “From Darkness Back,” which he published in 1986, failed miserably.
The big breakthrough followed

Shabat made the big breakthrough in 1989 with the hit “Because of the Wind,” which his sister Leah wrote to Micha Sheetrit’s lyrics. The song preceded his second album for the same name that year. Due to the success of the album in general, and the hit in particular, Saturday became one of the largest music stars in Israel. From the same album were also prominent songs: “dropout” and “Margarita”.

In 1990 he participated in the Festigal for the first time with the song “Salsa”, which won sixth place.

In 1991, he participated in the Eurovision Song Contest with the song “From here”, which won fifth place, and in the same year a musical member of Boaz Sharabi and “Natasha’s Friends” and a stylistic character as a leading ballad singer. That year he released his third album, “Do not Go Too Far,” which included songs influenced by South American music, and was very successful, except for the songs: “Thanks to Salsa” and “Mechan” You go too far. ” That same year he again participated in the Festigal with the song “When I was a Child” won seventh place.

In 1993, Shabat released his fourth album, “One Hour Together”, which was influenced by Spanish music, and produced the hit “Nandi”, but the album was only moderately successful, and distanced from the Western audience. The long-term crisis was characterized by media detachment and, according to Sabbath itself, in symptoms of depression.

In 1998, Shabat released his fifth album, “Shlomi Shabat”, which tended to a Sephardic-Gypsy line, and was also a medium success. From the album the song “Where Are You My Love” stands out.
A renewed success in the 21st century

He returned to the front of the stage in 2000, with the hit “Everybody has,” a duet shared by him and Lior Narkis, who composed the Sabbath for the words of Uzi Hitman. The song was recorded for Narkiss’s album “Only With You”, was a great success, and was chosen as “Song of the Year” in the annual Hebrew song of Network G. A year later, the song was included in a successful duet of Shabbat, Shlomi Shabat and Friends, in which Arkadi Duchin and Gidi Gov participated. The album sold more than 200,000 copies.

Riding the wave of success, Shabat released a collection album, began performing at the Caesarea Theater, and recorded his seventh album, “Time of Love,” which was released in 2003. The album was more oriented towards pop-oriental, with hits such as “The Beach of Triptoni”, “In the Name of Love” and “Time of Love.” The album also included the song “Harei Et Mikodesh” by Uzi Chitman in memory of the Vicki Cohen and Muti Butil who were killed in the Versailles disaster.

In 2006, Shabat released another duet album, Chaverim 2, which included duets with Shiri Maimon, Pablo Rosenberg, Gad Elbaz and Moshe Peretz. That same year he experienced the first time, in the musical “Like in a Movie,” alongside Harel Moyal and Mickey Kam.

In 2007, he joined Shabbat with Pablo Rosenberg, and the two went on a tour, recorded on a DVD and CD. The show included one new song, “Abba”, written and composed by Doron Medley. The song was a great success, and became one of Sabbath’s favorite songs.

In 2008, Shabat recorded a cover version of Uzi Chitman’s song “Niguna Shel Hakiva” (“The Nigunah of the Neighborhood”) for the “Avoda Ivrit” project. In September of that year he released his album “I Sing to You”, which reached the status of a gold album within a few weeks of his departure. On August 19, the first single was released from the album “You Want Me”, which composed Shabbat for the words of actress Efrat Boymold. In November, the second single was released from the album, “Malachit” written and composed by Ziv Rubinstein.

Between December 2008 and January 2009, Shabat participated in Festigal, as guest artist.

In June 2010, the 12th album of Shtada’i was released. The album included the hit “Shtedi”, which was the most played song on the radio in 2010, according to ACUM data, and the singles album “Tell You That”, “What Is Yours” and “I Sing.” Within a month, Gold, with sales of more than 30,000 copies, followed by platinum for sales of more than 40,000 copies.

In June 2011, he released the single “The Soul” from his 13th album. In an interview with Nadav Bornstein, he spoke of a long process of repentance and the approach to religion that influenced the texts and melodies of the album. On August 15, 2011, a documentary film about Shabat Shlomi Shabat Moda I, which deals with the phenomenon of religious repentance among musicians, was performed by David Daor, Kobi Aflalo, Din Din Aviv, Eyal Golan, Keren Peles, Udi Davidi and others.

2017-2012 Participated in the program The Voice Israel as a judge and mentor (a musical guide for the contestants that he chose). Tzachi Halevy, Shlomi’s finalist, was unable to qualify for the final duel.

On February 19, 2012, Shabat published a double album called “One for the Soul / One for the Party”. The album consisted of one CD of silent songs and a second CD of rhythmic songs. Among the rhythmic songs were the poems “You are the soul” and “Gasham Ahava”, and among the quiet songs were published “falling in love with you” and “you have.” The song “Yesh Li” won the title “Song of the Year” in Galgalatz’s annual Hebrew song parade for 2011. 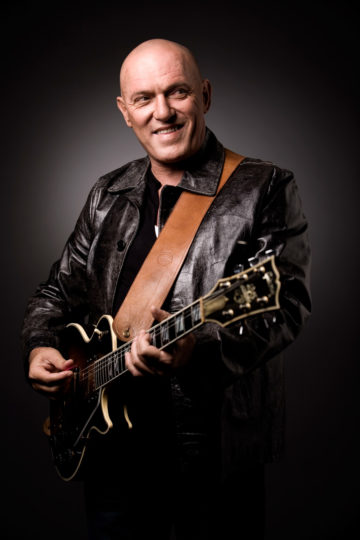