This past year, the Jewish music world was devastated by the loss of one of its own, Chazan/Singer Shimon Kugel OB’M. A native of South Africa, Kugel didn’t settle in the United States where he established himself as both a singer and a chazan, until he had traveled the world, spending time in both England and Israel. While music was his passion, it was Yiddishkeit that was his life. It’s a well-known fact that Shimon was offered a shot at stardom by Brian Epstein, manager of The Beatles, who hoped to introduce Kugel to the world as the next big thing. Epstein arranged for Kugel to represent England in a prestigious annual European song competition. The two worked together on a single which was to be performed at the annual event. However when Kugel realized that the main rehearsal was to be held on Shabbos, he told Epstein that he would have to withdraw from the competition. (By the way, that song that Reb Shimon was supposed to sing was instead sung by another singer who won the completion, with that song, and ended up becoming a rich and famous star) That moment proved to be a turning point in his life and his own observance of Yiddishkeit.

“Right after that, he decided to commit his life only to Jewish music, only to sing Chasidishe music, to be mikarev the oylam in Yiddishkeit and he succeeded in that,” as quoted by his son Shlomo Kugel.

When he was seventeen, Shimon attended a concert in Israel which featured Reb Shlomo Carlebach. That performance was a changing point in his life. Kugel always thought that there were two types of Jewish music, mainstream singing and cantorial. Reb Shlomo however, opened up his mind to a new style, folk. The seventeen year old then ran out and bought himself a guitar and taught himself to play and sing with it. The next time Carlebach performed in Israel, Shimon and his friend were waiting for him in the lobby of his hotel.  Reb Sholmo invited the two aspiring musicians up to his room, where discussion turned into an all-night jam session. The two struck a close friendship and for many years Carlebach and Kugel performed together around the world. Known both for his warmth and his sweet personality, Kugel was close with Shlomo Carlebach and his music, including his original compositions, which some reflected Carlebach’s unique style.

A few years earlier, Kugel’s first job at eighteen, was as a chazzan in his father’s shul in South Africa. But then he returned to Israel to do serve in the army, and his musical training landed him the position of chief cantor of the Israeli Air Force. But as soon as his army service was over, he knew he wanted to try out his talents in the wider world. Seeking his fortune as a popular singer, he went to England and found work as a chazzan. Then the Eurovision opportunity came up, and Shimon had to bow out of popular music.

Turning to traditional niggunim, he cut his first record in the 60’s titled Original Chasidic Hits, released by Greater Recording Company of New York. Shortly after that, Shimon got married. He and his wife went back to Israel, where various chazzanus positions presented themselves, often in Europe and the US. He performed one of his more interesting performances for US Army troops on the East German border during the Cold War for about 40,000 troops. After the show he was approached by a black soldier who told me, ‘I didn’t know Jews had such soul!’ ” His tour of Germany brought him to places so classified he wasn’t even allowed to identify their whereabouts. Kugel kept busy in Israel as well, singing and recording. He was voted Singer of the Year by the Mitzad HaZmiroth on Kol Yisrael radio two years in a row.

At this time, Shimon found himself spending so much time on the other side of the pond that he relocated to New York, returning to their Jerusalem apartment once or twice a year.

For the past seventeen years, Kugel served as the chazzan in Panama City’s Ashkenazic synagogue for the Yamim Noraim.

To date Kugel has released fifteen solo albums. While some songs showcase Kugel’s original classic style which we have come to know and love, others have a very distinct Carlebach flavor. Listening to Shimon Kugel’s CDs reveal a beautiful tenor full of feeling. His musical style draws largely on chassidic-style niggunim yet includes modern and English-language numbers with a frum message. Shimon was working on another album that was in the works that will hopefully be released by his family in time for his yurtzeit. Shimon never went into the music business to make money, he did it because Jewish music affects others and will help influence Yiddishkeit for future generations. He was often quoted saying, “If Hashem gives you a talent, you have an obligation to use it to its full potential.” Reb Shimon’s heilige neshama parted this world this past February 5th 2015. May he be a meilitz yosher for us all and merit to sing for Moshiach. 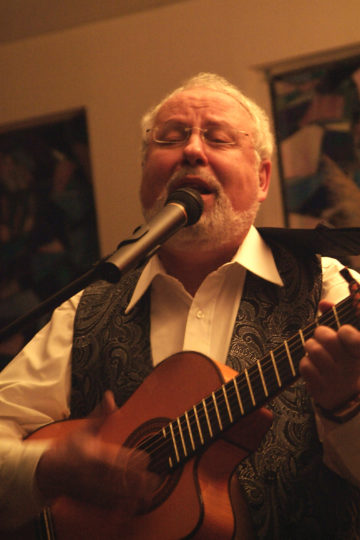