Kleinstein was born in New York, United States, and immigrated to Israel at the age of 8. Before he became famous, he worked in music, and in 1978, while still in high school, Kleinstein formed a company together with Yermi Kaplan. In 1980 he joined the IDF and became the musical director of the military band “IDF 80”, where he met his future wife Rita and singers Shalva Berti and Chani Dinur. In 1983, together with Iorek Ben David, he created the soundtrack of the film “The Boarding School”, and at the end of that year he composed most of the songs of the military group “IDF 84”, which featured Yuval Zamir, Ofira Yosefi and Orna Datz (Cohen at the time). The big one came in 1985, when he composed Yoram Taharlev’s poem “Not Yet Your Wonder,” which became a hit by the Northern Command band with the soloist Yasmin Gamliel (who later became part of the “Mango” trio), Danny Bassan’s debut.

The breakthrough, both by Kleinstein and Rita, came in 1986 with the release of their debut albums – Rami’s “On the Bomb” and Rita’s “Rita.” “On the Day of the Bomb” was considered one of the most successful albums of Kleinstein, and included the theme song “Sarah on the radio”, “Ash”, “Leave me” and the duet “Oath” with Rita. Following the success of the album, Kleinstein went on a tour called “Ash on Stage”.

Rita’s debut album consisted mainly of songs composed and adapted by Kleinstein, the most prominent of which was “The Escape Path,” with which Rita reached the fourth place in the pre-Eurovision Song Contest that year, and her appearance aroused public interest. In addition, Kleinstein composed most of the songs, including “A Love Song of the Sailor,” “A Slave of Time,” “Betrayal,” and “Receiving and Giving.”

In 1988, Rita’s second Hebrew album, “Days of Innocence,” was released, in which Kleinstein was also the main composer and arranger. Among the most prominent songs on the album were “Under an Arab Moon” (which appeared only in the CD version), “Wrapped in Mercy,” “The Princess and the Spirit” (adapted by Kleinstein to Yehuda Poliker’s melody) Tiki Dayan in a different melody), who is better known as “Not 16”, “Days of Innocence,” “Come,” “As In The Picture,” and “Society”, written by Rita as a youngster along with her friend Pnina Assis. That same year, Kleinstein produced Gidi Gov’s “Derech Eretz” tour, in which he also sings some of his songs. In the album that followed the performance, Kleinstein sang “Let Me Alone” and “That’s How You Wanted Me” together with Gov.

In 1989, Kleinstein’s second album, “On the Old Bridge,” was released, in which he tried for the first time as a songwriter. The album featured the famous songs “On the Old Bridge” and “Ever”, but it was much less successful than the previous one. In the same year, Kleinstein wrote Rita the song “Mad Dance”, and for the band “Mango”, their most famous song, “Lives in Sheinkin.”

In 1991, he released his third album, Ahavini, with credit for “Kleinstein and the Council”. “The Council” was the accompaniment of Kleinstein, which included Lior Yekutieli on guitar, Bentzi Gafni in bass, and Alon Hillel in drums. Gafni later left, and in his place, Sassi Mizrahi took over on Bass, and Efrat plays the guitar. The album featured the theme song, “There’s Nothing Like It,” “It’s Cold Out There,” an innovation for “Love for the Sea,” and the biggest hit, “Forever Young,” by Bob Dylan. The album is considered more successful than its predecessor.

In 1993 Kleinstein’s second album with the “Council” was released, under the name “At a party at Guido’s”. The album was a commercial failure, and apart from the song “Except You Nothing,” the album’s songs did not turn into hits. A year later he produced the joint show by Gidi Gov and Yehudit Ravitz, “a very common performance,” followed by the well-known innovation of the two to Ravitz’s song “Coming from Love,” adapted by Kleinstein. In the same year, Kleinstein participated in Gov’s “Lila Gov” several times, singing together with Gov Verevitch’s “Love Song” by Ofra Fuchs, and together with Gov the adaptation of “The First Love” by “The High Windows”. He also adapted several songs for the show, including “On the Line” by Natasha’s friends, “Because of the Wind” by Shlomi Shabat, and Arik Einstein’s “Song After the War.” Most of the program’s musicians were part of the “Council,” among them Alon Hillel, Lior Yekutieli and Yurai Oron. At the end of 1994, Rita released her album “Great Love,” but this time with less involvement by Kleinstein.

In 1995 Kleinstein released his most successful album – Apples and Dates. The album’s theme song, to lyrics by Eitan Nachmias Glass, was a hit, and won the title of “Song of the Year” in the annual Hebrew song parade of Reshet Gimel. Apart from the theme song, the album also featured the songs “Morning You Go” and “Close to Your Heart”. The album became, within six months, a platinum album, and is still considered to be the most heavily sold by Kleinstein.

In 1996, Kleinstein’s album was released, in honor of which he recorded his own performance for the song “Not Yet All Your Wonders” and new versions of the songs “On the Old Bridge” and “Forever Young”. This album was very successful though, and sold more than 100,000 copies. In the same year a collection was also published for Rita – “Stations in Time”, which featured mainly songs that did not appear in previous albums. Among the songs in the album were “Mad Dance”, “Local Vision”, “Siren Song” (“Do not Fear”), “Sarah in Rehovot” (with whom she represented Israel in the Eurovision 1990) and “Homeland”. Kleinstein also composed a song Rita wrote especially for the album, “Until You Leave.”

In 1997, Kleinstein’s sixth album, “Everything You Want”, was produced by Alon Hillel. Among the songs were “Stay A Little Longer”, “Feather Forever”, “The Sea Is No Longer”, “Three Cops” and the theme song, which won the title of the song of the year. Following the album Kleinstein went on a successful tour.

In 1999 Rita’s album “Open a Window” was released, in which she returned to collaborate with Kleinstein. Among the songs of the album were mainly the theme song, “Or Yes Or No,” and “The First Letter”. Kleinstein participated in duets on Independence Day and Time. That same year, he composed his song for the military band, Chani Dinur, the song “The Forgotten,” by Leah Goldberg. The song appeared in Dinur’s album “Hani Dinur,” which was released that year.

In the summer of 2001 Rami and Rita took part in a very successful joint performance, which was documented and turned into a double album. The show featured mainly their joint innovations for “The Days of Innocence” and “The Escape Path”, with a rap section written by Subliminal. In addition, the two sang in the show Jacques Brel’s song “Do not Go Away”, translated by Naomi Shemer. In the same year, Kleinstein sang the song “A Day Like This” in Danny Sanderson’s album “Toldot HaMayim.”

In 2002, Kleinstein went on a successful show, “The Piano Show,” which ran until 2003. That year, with the establishment of Channel 10, Kleinstein received a concert program that hosted musicians, but due to the problems that accompanied the channel, the program dropped after a short time like many other programs on the new channel. In 2003, Rita released her album “Oxygen”, in which Kleinstein composed and adapted some of the songs, including the hits “To Tame a Tiger” and “You Are All the Same” (“Elite in Memory”). At the end of that year, Kleinstein composed the song “Like A Song Touches” by the lyrics of Yaakov Rotblit, performed by Ninet Tayeb after winning the first “A Star is Born” competition.

At the end of 2004, Kleinstein recorded the song “Winds of War”, which he wrote and composed for the series “Reserves”. A few months later, his ninth album, “A Lot of Faces,” was released, in which Kleinstein was involved in the first production since his first album. The album also featured the theme song, “Something Good” and “Local Song”. The album also included a Hebrew version of Jacques Brel’s poem “Amants de vingt ans”, which Naomi Shemer translated as “love of twenty”. Kleinstein sang the song with a new translation, by Erez Berezolik, who called it “The Song of the Lovers.” The album was accompanied by a bonus disc with various recordings by Kleinstein from previous years, all duets live. Among other things, it included “String Sound” with Eyal Golan, “A Little Bit of Luck” with Zehava Ben and “Forever Love” with Ivri Lider.

In 2006, Kleinstein worked as the arranger and musical director of the musical “The Troupe,” which was performed at Habimah Theater.

On August 31, 2006, at the rally for the return of the three kidnapped soldiers Ehud Goldwasser, Eldad Regev and Gilad Shalit, Kleinstein performed the song “It’s Not Over,” written especially for the evening. The song, written by Racheli Shavit and composed by Kleinstein, calls for the captives to return home, and was recorded in order to strengthen the kidnapped soldiers and their families.

At the beginning of 2007, disputes broke out between Rita and Rami and the Helicon Company, and the two decided to terminate their contract with Helicon and move to Hed Artzi.

In January 2008 Rita’s album “Hints”. Kleinstein composed five of the album’s songs, including “After He Liked” by Yehonatan Geffen’s lyrics and “We Were Great” by Racheli Shavit. In the same year, Kleinstein recorded a cover version of the rock band “The Anger” for the “Hebrew Work” project.

In March 2009, Kleinstein released his first album at Hed Artzi, “An Exposed Song”. The album was preceded by the singles “The God of Small Things” and “That’s My Life”, which did not have much success. After the release of the album, he released as a single the song “A Poached Song” by Yair Lapid. The album was not a special success.

In the same year, Kleinstein joined the Synergia band for a tour that resulted in a joint album called “Acoustic Synergy” that was released in September 2009. The album included acoustical arrangements for Synergia’s songs, as well as Kleinstein’s “Close to Your Heart” song.

In 2010, the album released Kleinstein’s double performance “Live”, which consisted of two CDs that documented two performances at the Zappa Club in December 2009. The first performance was accompanied by the “Council” band, and the second by Kleinstein alone with a piano. The album included three new songs composed by Kleinstein for the words of Yair Lapid, “One Time in Life”, “The Last Israeli” and “Two Years Later”. In 2010 issued the song “Hero”. Then he produced other singles: “Never Passes” and “Dance to Forgive.”

In 2012 Kleinstein began to participate in “The Voice Israel” as a “mentor”. That same year, his album “A Complex Situation,” produced by Ofer Meiri, was released. Among his songs were the songs “Ruzi Katana”, composed by Kleinstein for lyrics by Edith Harel, and the revised version of his poem “Scratchings,” which sang in a duet with Efrat Gosh. Other songs that went to the radio: “Your doorstep”, “Nothing”, “Still exists.”

In March 2014 Kleinstein released his album “Small Gifts”, whose theme song “Little Gifts” (lyrics: Noam Horev) was a great success and coverage versions among the Israeli public. Other singles were published: “Through All the Loves” – which became a hit, “Tamar and I”, “In Paradise”, “Good Morning Child” and “There are Such.”

In June 2015 Kleinstein released his album “Good People”. From the album came the singles: “Good People”, “Between Him and Him” ​​and “A Day That Will not Come Back”.

In November 2015 he was a guest on a special program called “School of Music” (the special was filmed in September of that year). During the special, Kleinstein worked with the students and sang duets with them.

In February 2018 he released the song “Love at the end we will return” as a single to the radio. 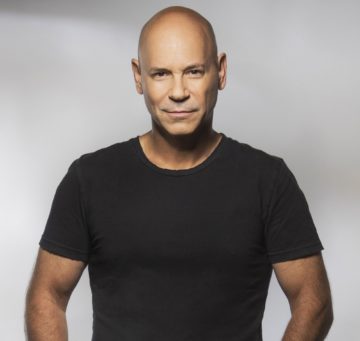