Shortly after his marriage, Micha began his rabbinical studies becoming both a Rabbi and a Mohel. Micha currently performs britot in all areas of Brazil. Micha is also an active educator of hundreds of children of the Jewish community of São Paulo – Brazil. Micha grew up with the gift and the art of singing. He always performed in the events that the community organized with famous artists from all over the world. Over the years, Micha became a popular singer at weddings and other events throughout Brazil. Recently, encouraged by his relatives, friends and community, Micha migrated to the International World of Jewish Music releasing his first album “Kesher Shel Kayomo” with new compositions by the young talents Eli Klain & Yitzy Berry. His songs are hits on the major radio stations of Jewish Music in Israel and the USA. Micha recently perfomed in shows with Yaakov Shwekey, Ohad Moskowitz and Itzik Dadya and appeared before packed houses at various events in Israel and other locations.

In July 2015, Micha Gamerman release his second impressive album titled “Micha Avdecha”. After the success of his first debut album Kesher Shel Kayama, which was released about two years ago, placing Micha on the Chassidic music map as a talented singer, he is proving once again that the praises he received on his first album were valid. Just like in his first album, Micha joined together with the talented duo Yitzy Berry and Eli Klein, who were responsible for the musical production and arrangement of the album, mostly with full orchestral backgrounds, and with an impressive list of musicians behind them. Micha also had some of the best composers in the business working with him, including Yossi Green, Yitzy Waldner, Ari Goldwag, Eli Schwab, as well as Eli Klein and Yitzy Berry themselves. A nice little surprise in the album is that Micha’s younger brother Yoni Gamerman also composed one song and sang a duet with him, showing that there is quite some family talent involved here. Despite his well-known preference to use orchestral arrangements with violins and woodwinds, he doesn’t shy away from use electronic and modern sounding sounds. His sweet voice and his talent for song-selection give way to a special and exciting musical outcome to listen to.

Micha Avdecha has 13 tracks on it in different musical styles and genres, it has lyrics from both textual sources, as well as original songs in Hebrew, English, and Yiddish.

In 2017 Micha releases his album “Moadei Yisrael Im Micha Gamerman” with the main folk songs of the Jewish Holidays.
The album was very well received by all the Jewish Media, being requested on radios in the first days of release. Shortly after released, the album got a 3D animated video version on YouTube wich became a big hit world wide.

By the end of 2017 Micha released his third Album – “A Child of Hashem”. At the first day songs were played on the top jewish radios in the world. 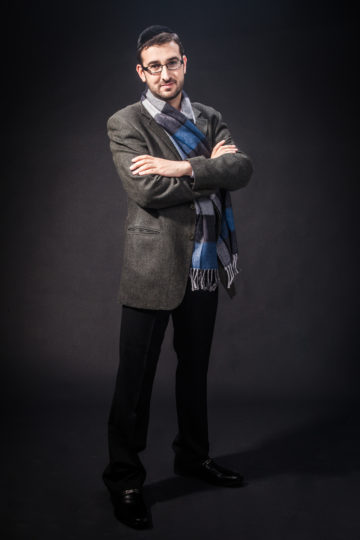