While his music has become widespread in the last few years, little is known to those who live outside Israel about the young superstar singer, Meydad Tasa. Meydad is the child of elderly parents and grew up in Zichron Yaakov in the north of Israel. He started singing at the tender age of six at family events. That quickly snowballed into his parents hiring producer Lior Gradi to produce his debut album at the young age of 12. The album was titled “Mul Shalhevet.” Besides his beautiful voice and phenomenal range, Tasa plays a number of instruments including piano and guitar. When he was thirteen, at a Bar Mitzvah he was introduced to the popular singer Aviad Gil. The two struck up a friendship which evolved into Aviad becoming Meydad’s manager/producer. This way Aviad could concentrate on booking and albums while Meydad could spend his time learning in Yeshiva like a regular boy his age. The arrangement worked perfectly. When they had a simcha to perform at, Gil picked Meydad up from Yeshiva, and when the gig was over he brought him back.

In 2008, the two released Tasa’s second album titled “Al Naarot Bavel.” The album transformed Meydad into a major star in the chareidi relm and his song “Al Naarot Bavel” became the song of the year on Radio Kol Chai. That year he released another album called Slichot which was filled with songs of Piyutim. In 2009 he released the album Bsmachot Shelcha, which was a major wedding album and sold out in both Israel and America. In 2010 when he was only 16 years old, he released his fifth album Ben Shel Melech with much acclaim and success. In 2011 his 6th album was released. This album was more of a Chassidic album and it featured arrangements by Yoily Dickman. In 2012 his album Ata Hamelech, a Mizrachi Mediterranean album was realeased. It included the song Oy Na Lanu that racked up millions of views on YouTube.

Over the years Meydad has performed all over the world at smachot and weddings from Brazil to Panama and Mexico. He is currently learning in Yeshiva’s Ohr Hachaim in Yerushalayim. During his free time he sings to cholim who are in hospitals around Yerushalayim. 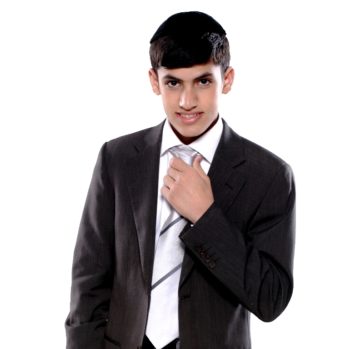