Meilech Kohn was born and raised in 1969 in Williamsburg, Brooklyn, N.Y.
He grew up surrounded by music, from experimenting with a keyboard at home as a child, to listening to a variety of different genres within the world of Jewish music, be it records, 8-Tracks,and cassettes. Some of the artists include Yom Tov Ehrlich, MBD, London School of Jewish Song, to Jo Amar and more. He also shared his father’s love of cantorial artists, including: Chazzan Yossele Rosenblatt (who was a favorite), Chazzan Yehoshua Wieder (where Meilech’s father was part of the choir before WWII, in Hungary). As a boy and his teens he would sit right next to the Chazzan during Yomim Noraim (the high holy days), at the original Shul of Rabbi Yoel Teitelbaum Z”L. The Chazzan was non other than Reb Meilech Wieder, son of Chazzan Yehoshua Wieder, where Meilech davened with his father for many years listening to original chassidish Nusach from pre-WWII.

Later on, Meilech broadened his horizon by traveling and learning in various Yeshivas worldwide, and explored different styles of music. In London at the age of 16 he was continuing to discover and be inspired by different styles of Jewish musicians, including Isaac Bitton of Ra’aya Mehemna from France, and many more.

Meilech spent a while traveling and discovering music of all genres and styles from all over. He lived in Los Angeles for a while as well as in Israel for several years, to name a few. Many of Meilech’s songs were inspired while walking the holy streets of Jerusalem.

He also spent a number of years working as the official Chazzan/Ba’al Tfillah in various Synagogues in the tri state area of NY; and also sang in many choirs for years, adding color and harmony to many albums for famous Jewish artists. Many of these songs went on to become worldwide hits that most of you know and love.

Meilech loves to express himself through his music, whether it’s in the studio, in a choir, a shul, wedding, or writing new song and/or lyrics while walking, traveling, or at home. His songs are full of heart and soul, and they all convey positive messages and verses that have inspired him over the years. he also likes to express it in various languages, including Yiddish, Hebrew and English. His hope is to share his great talent and gift, and inspire others, while also introducing them to various styles of musical genres that he has enjoyed over the years, and have been an inspiration for him throughout his journey. 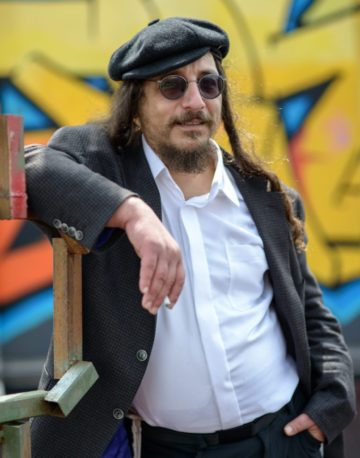