Ira Heller is blessed with one of the great voices in Jewish music today. He is a dynamic performer, and a versatile, vocal stylist with a repertoire that spans traditional, classical, Hasidic, Broadway, and popular music. His mastery of the stage and commanding presence has captivated audiences around the world. He has also earned recognition for his talent as a composer and lyricist, and his songs have been counted among the most beautiful that Modern Jewish Music has produced.

He is regularly called upon to officiate at events of paramount importance to the Jewish Community, and his voice is familiar and known at the forefront of many major Jewish causes. He has been featured in the entertainment section of New York Newsday as well as numerous other major publications, and was the first orthodox Jew to be invited by the New York Mets to sing the National Anthem at Shea stadium. Subsequent to the 911 terrorist attack, when a Chanukah Menorah was dedicated at ground zero, Ira was afforded the honor to officiate, and performed the candle lighting ceremony. He has released 6 albums, all to enthusiastic acclaim, and is regularly featured on Jewish radio around the world.

Ira is also a long time student of classical singing, and recently, was chosen to be part of a select group of classical singers headed by the great vocal maestro, Sherril Milnes. Just this past August, he appeared with this group in several feature performances at Disney World in Orlando, Florida. 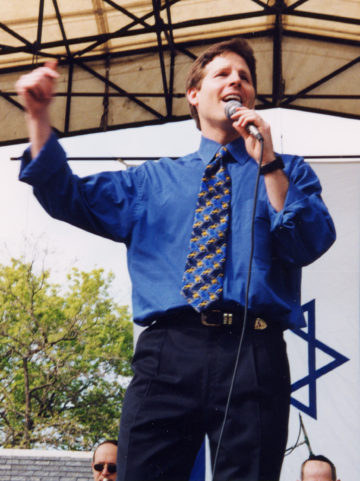