Dudu Aharon (born December 23, 1984) is an Israeli singer and songwriter.

Already in his childhood, Dudu stood out in his sultry voice at the synagogue in his home in Kiryat Ekron. Later on, he began performing in clubs and served for several years as the home singer of the club “Edom 6”. In his youth, Aaron managed to win first place in the “Next King” program, which was broadcast on the “Briza” channel.
The talented artist served in the Border Police band and performed in Israel and abroad.

After his release from the army, he released the album “First Love” (2007), an album that won tens of thousands of downloads on the cellular phone.

In 2009, Aharon’s breakthrough, which changed his status and quickly became a young singer with a promising future, came to an end in the Mediterranean music scene in Israel, and he is only 24 years old. In this year he released the album “All Above,” which includes ” “” A girl from a good home “,” I only have you “,” All the world “and of course the theme song” Everything is from above “. This album has reached the status of “Gold Album” for the sale of more than 20,000 copies.
Immediately after the release of the second album Dudu joined the great singer Zehava Ben whom he has admired since his youth, and together they produced the quiet duet “Once in a Life” (written and composed by Aaron himself) and later another duet called “The Heart Knows.”
If this were not enough, Aaron was able to perform twice this year at the Mann Auditorium in Tel Aviv and became the youngest artist ever to appear in the Hall. The young singer has performed two very successful solo shows.

In August 2010 Aaron appeared twice in a row in the prestigious Amphitheater of Caesarea. He has recently released the album “Simple Words” to the stores, in addition to the theme song that quickly became a hit for weddings. The album also includes the rhythmic hits “Do not Give Up”, “Money and Alcohol”, “Love Without Borders”, “Sensitive Guy” and of course the hysterical hit ” La “which broke every possible peak in Mediterranean music and starred many weeks in the parade peaks. This album has been awarded the “Double Platinum Album” status for the sale of more than 80,000 copies.

At the end of the year 5770 Aaron was crowned the singer of the year in Israel and sang “Tell her” to sing this year in a joint march of Channel 24 and Network C.

He celebrated his 26 th birthday with a huge performance at the Nokia Tel Aviv Arena (23.12.2010), and six months later he performed another performance, and between the two performances Dudu flew to the United States to take part in the “La LA LA Land” More in Yes and allowed his fans to get to know him more closely.

In December 2011, he released the album “No Love Like”, his fourth album where you can find contemporary hits alongside old-fashioned songs, such as “Back to Origins”. Along with exciting ballads such as “My Wife”, “Between Me and You” and “What Am I Without You”, the album also includes the song “Dear Mother”, a particularly moving song that was also received by the greatest critics.

In June 2012 Dudu Aaron launched the album “Hero”, his fifth album containing 15 songs. The release of the album surprised the music industry and Aaron’s fans because the album was released only six months after the release of the previous album. In this album you can find the ballads “Hero”, “When I Go” and “Do not Close My Door” and rhythmic hits such as “Love Still”, “Cherry”, “Can not Live Without You” and more.

In 2013, Aharon participated in the “The Bachelorette” show on Channel 10. As part of the program, 15 girls competed for the singer who eventually chose Neta Danino.
In addition, this year Dudu released his sixth album, “Good Days,” containing no fewer than 18 songs, including the hits “The Day We Meet,” “Can Go,” “My Auto, Your Beauty,” and more.

The talented artist is also known as a successful artist. Most of his songs were written and composed by himself and he was also able to create for other singers. Aharon wrote and composed songs for Eyal Golan, Moshe Peretz, Kobi Peretz, Regev Hod, Lior Narkis and Julietta. 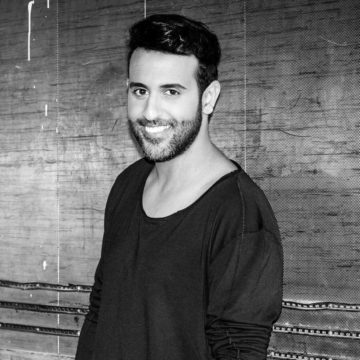