Chaim Bennett (born 1947) is a composer and musical producer of Hassidic music. He belonged to the Hasidic sect of Seret-Vizhnitz.
His biography

Chaim Bennett was born in 1947 in Romania. As a baby he immigrated to Palestine with his family from Romania via Italy on an illegal immigrant ship. They were deported to Cyprus and on the day of the declaration of the state they came to Israel. Bennett grew up in Haifa and studied at the Novardok Yeshiva in Hadera with Rabbi Yaakov Galinsky.

After his marriage he worked as a teacher and at the same time established a children’s choir in Haifa. After a while, he founded the children’s choir of “Rennano Chassidim” of the Seret Vizhnitz Hassidic sect. After he married and had three children, he served in the Israel Defense Forces in the Artillery Corps and later moved to the military rabbinate.

After his discharge from the army, he headed the local Tzai Agudat Israel Choir, where he published his first recordings of the “Ranenu Tzaddikim” series together with the composer and producer Moshe Mona Rosenblum, and recorded many of his famous and famous songs, I was in the same time, and at that time our voice heard, so he said, a candle for my feet (the soloist: Rabbi Menachem Klein). The latter even penetrated Christian church music.

Bennett serves as the “court composer” of the Sart-Vizhnitz Hassidic sect. His melodies are sung with tishim and prayers, and he guides and manages the choir (kabina), which accompanies the Hasidic events.

His melodies played an important role in Hassidic music. In 2012 he won the ACUM Prize for a special achievement in Hasidic music. In his decision, the judges wrote: “Haim Bennett is one of the most important Hasidic chassidic composers, and his compositions are the soundtrack of the beit midrash and Hasidic halls in Israel and the Diaspora for more than 40 years. During the joy and time. His choir, the children’s choir, “Reno Chasidim,” which distributed his works such as “Here I Send You”, “Hillel Says” and many others, knew how to express the true spirit of joy expressed in his original melodies. The decision of the justices also states that his classic and moving work, “Pomegranates of Mercy,” accompanied the people of Israel in difficult times when there was nothing left to do but to stand up to the Creator. The judges also stated that they can not fail to mention his son, Robby Bennett, who is the second generation of musicians whose interpretation – his adaptation of his father’s songs added to them the same charm that stems from the same Hasidic roots. ”

He is the father of eight children. His son, Ruvi Bennett, is also a composer and composer of Hasidic music. 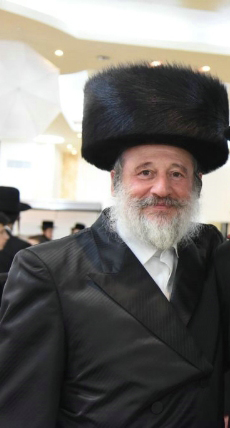