Snof was born in Safed to Natan and Hila, a secular family. At the age of 7 he began to be one of the soloists of the “Pirchei Safed” group, directed by Meir Gabbai.

In 1999, at the age of 14, Snof released his first album, Morning of Sunrise. The album featured the song “Gan ha-Kochavim”, written by Yoav Ginai and composed by Zvika Pick. After the release of the album Snoop became religious, began studying at the Orot HaAri Yeshiva in his hometown and abandoned the world of music.

In 2009, Snoop persuaded his father, Nathan Snof, to return and sing, and decided to produce an album for him. About a year later Snof released his second album, “Hinei Hu Ba,” produced by Yogev Samina. The album sold more than 20,000 copies.

Snof is accompanied by thousands of couples. He collaborated with Moshik Afia, Kobi Peretz and others.

Snof lives in Safed, is married and has three children.

According to journalist Sagi Ben-Nun, Snof put in NIS 2 million in 2010, of which NIS 1.5 million in concerts and half a million shekels from downloads of songs.

Snof’s songs are characterized as songs of original Jewish music oriented to Israeli sources and poetry. Many of the songs also have Mediterranean touches.

Among his songwriters is Tamir Tzur. In addition, Itai Zilberstein writes and composes for him. Yossi Gispan has recently written for him. Among his famous poems: “Im Eshkacheich Yerusholayim” and “The Tefillin.”

Ben Snof is currently collaborating with world renowned producers and singers and is working on a new album that will be launched soon. 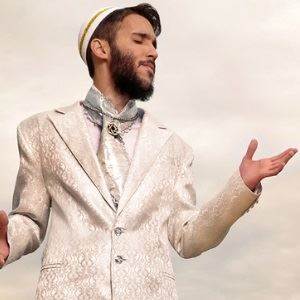