Avremi Roth paved his way to the center of the Jewish “Music Hall” with the special grace of his voice, which enables him a natural and unique transition between Chassidic and cantorial music. Today he stands at the top of these two areas, appearing before a diverse audience in concerts of great cantors and is frequently invited to prestigious events and major performances in Israel and abroad. In his evening voice and his Chassidic fervor, he also captured the hearts of a wide audience whose repertoire of original Jewish poetry was far from him, and through him he approached the sounds and the words and became part of his loyal companions.

On the High Holy Days, Avremi Roth travels before the largest Jewish community in the world, and in his prayers he shakes the hearts of those who pray with him. To the many joys he is invited to, he is suited to the variety of styles in which he is unique, accompanied with great emotion by the canopy, sweeping the audience with dancing and a Zich editor whose participants quickly become one choir.

Avremi Roth regularly appears in the dinners of institutions and yeshivot, in special resorts and in many performances of charitable organizations. Some of these performances were the basis for the two successful discs, Zit 1 and Zit 2, which play in every home.

In addition, Avremi Roth has published three albums that highlight the varied harmony of his songs, “the ministering angels” – with the delightful Chassidic melodies, “You are revealed” – to those who are content with cantorial passages. And his last album “Emes Veyatziv” produced by the great composer Yossi Green.

Avremi Roth draws the Hassidic inspiration in his melodies and mannerisms as the Baal Menagen of the Admor of Premishlan, to which he adheres as a chassid. 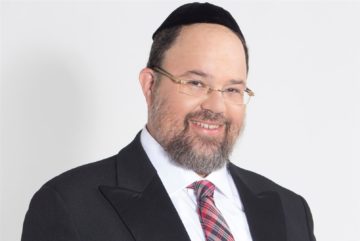