Yossi Green (born 1955) is a Hasidic Jewish composer of contemporary Jewish religious music. As of 2013 he had written more than 700 melodies in the genres of pop music, classical music, liturgical music, Hasidic music, and show tunes. His songs have appeared on more than 120 albums and CDs. His clients include the superstars of the Orthodox Jewish music world, such as Mordechai Ben David, Avraham Fried, Yaakov Shwekey, Lipa Schmeltzer, Shloime Gertner, Ohad, and Dedi. He has released five greatest hits albums titled Shades of Green, and a solo album, The 8th Note. He regularly performs at charity benefits accompanied by popular Jewish singers under the rubric “Yossi Green & Friends”.

Green was born to a Satmar Hasidic family in Israel. He has an older sister. His father had served as a Rav in Timișoara, Romania, and was a devout follower of the Satmar Rebbe, Rabbi Yoel Teitelbaum. When Yossi was an infant, his father moved the family to Williamsburg, New York, in order to be close to the Rebbe, and worked as a mashgiach in a butcher shop. Yossi attended a Satmar cheder in Williamsburg. Although his parents did not permit musical instruments in the house, his father allowed him to own a record player, on which he played cantorial and religious music. He taught himself to play music on a friend’s melodica.

While studying at the Manchester Yeshivah in 1973, Green began to write his own songs. During this time he heard Roberta Flack’s “Killing Me Softly with His Song” playing from a passing car, and it inspired him to write his own version of soul music, “Kol Berama”, which was featured on a Pirchei London album under the direction of Yigal Calek and became an international hit.

Green has composed over 700 melodies in the genres of contemporary Jewish religious music, pop music, classical music, Hasidic music, and show tunes. He draws most of his lyrics from primary Jewish texts, including Torah, Talmud, and Midrash. He also finds lyrics in liturgical and personal prayers, Shabbat zemirot, and biographies of famous rabbis.

Green composes songs for the superstars of the Orthodox Jewish music world, including Mordechai Ben David, Avraham Fried, Yaakov Shwekey, Lipa Schmeltzer, Shloime Gertner, Ohad Moskowitz, and Dedi Graucher. His first collaboration with Fried took place when the latter was 19; they have since collaborated on many albums.

Among the highlights of his career was a 1995 outdoor concert at Yarkon Park in Tel Aviv, where Green (on piano) and Mordechai Ben David, Avraham Fried, and Dedi sang many of Green’s hits before more than 150,000 attendees, the largest-ever outdoor concert in Israel. In 1996, the Prague Symphony Orchestra led by Eli Jaffe and featuring Avraham Fried recorded a double album, Cities Salute Jerusalem, featuring Green’s music. That same year, the Israel Philharmonic Orchestra, conducted by Eli Jaffe, performed the same selections. In 1998 the Israeli Knesset commissioned Green to compose a piece marking the 50th anniversary of the Holocaust. His submission, “The Akeida”, was performed in Warsaw by Dudu Fisher and the Warsaw Symphony Orchestra. In 2001, Green was commissioned to compose “Kaddish”, which was performed in Budapest by the Budapest Philharmonic Orchestra at both the Jewish Festival and the Budapest Opera House. 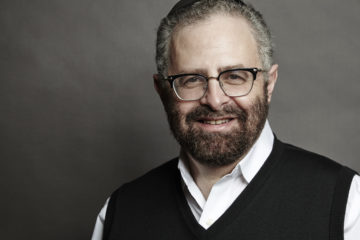