From the age of 14, one enterprising young and brilliant composer has set about setting and breaking records in the music industry. Everyone who worked with him; all the most gifted greats in the genre of Jewish entertainment; knew that he would eventually become a true compositional genius. They foresaw him as an incalculable asset and an astounding attribute to the world of Jewish music, as he grew older. Yosef Chaim Bloch, a talented young man with the exceptional gift of scintillating song, was bombarded early on by requests for creative compositions. He wrote bestselling lyrics for all the JM masters of the time, offered innovative advice in many areas of music production. He was asked to sit in at studio recordings, and at the taping of tracks. Despite his youth, Yosef Chaim laid claim to many chart-topping, blockbuster hits.

Over the years, Yosef Chaim has been approached by many producers, advising him to release an album of his own. They felt that a singer who was versatile enough to not only use his electrifying voice, but also to write his own songs and engineer the production of his own CD, would be an alluring phenomenon. It was a lifelong dream that Yosef Chaim always hoped to realize, but never actually fulfilled…

Because this magnetic young man was continuously inundated with requests to sing at weddings and other simchos, he decided to begin training and working on his vocal range, tone and timbre. He began taking lessons from the greatest vocal coach ever to fine tune a songster’s voice: Chazzan Avrom Aron Weingarten. He’s been training talented singers for dozens of years, but when he worked with Yosef Chaim, he realized this particular singer’s inherent potential. In his words, “There’s something special that he (Yosef Chaim) has; a gift for reaching out to people, and igniting their spirits. Like Carlebach, only with today’s brand of music.”

Chazzan Avrom Aron Weingarten was the mastermind, the driving force, and the man-behind-the-scenes who recently helped transform “Neginasi,” Yosef Chaim’s dazzling debut album, from a budding vision to a blooming reality.

Fact: Listeners tend to lose interest in a new CD about 2-4 months after its release. By then, most people have heard at least a demo of its songs and have either decided to purchase the album, or have moved on to the next new sound to blast out of the recording studio. That’s why Neginasi is so incomparably unique. Neginasi seems to have one-upped the competition, by taking on a virtual life of its own. Remarkably, though this bestselling CD was released in December of 2007, its appeal and allure for music lovers worldwide only seems to grow stronger as time goes by! Reprinted an astonishing 6 TIMES due to ever-increasing demand, Neginasi has set unprecedented standards in the Jewish music industry, continuing to gain momentum and popularity as word spreads of its excellence and eloquence.

And what of Yosef Chaim himself? Many people are not yet familiar with his name, (since he first conquered the stage only 8 months ago,) but the moment one hears the sentiment and sincerity in his singing, one makes the name ‘Yosef Chaim Bloch’ a cherished and treasured part of his household. Everyone is talking about this latest singing sensation. The artist whose vocal talents and compositional acumen have amazed and astonished thousands of listeners, continues to impress as one of today’s most endearing entertainers. In fact, this singer/songwriter was so busy over Pesach and during the summer, that he barely had time to sleep, let alone ‘vacation.’ Booked solid with smash-hit shows at an astounding number of sites both during the day and evening, Yosef Chaim kept his crowds thoroughly enraptured and enthralled. During the three days of Chol Hamoed Pesach, he stole the show at five different concerts, drawing from his audiences rapturous, raving applause. Catskills vacationers are still reminiscing about his superb summer performances. Many traveled from distant camps and bungalow colonies in order to attend his shows – and they were treated to concerts that exceeded all expectations. Yosef Chaim’s renditions were, as always, not-to-be-missed feature events.

His fan-based audience is comprised of Jews from all walks of life and all denominations of Judaism. Be they Litvish, Chassidish, Yeshivish, Sefardic, modern, or even those on their first-time journey toward Yiddishkeit; all seem to glean and garner something special and sublime from Yosef Chaim’s music. His voice resonates with power and conviction. The messages he sings of are Torah-true, unparalleled, and unpretentious. Yosef Chaim Bloch somehow manages to ignite the spark of spirituality through song, in all of us – even in those Yidden who are yet involved in the kiruv process.

This enterprising entertainer is asked again and again to take the mic at functions as vast and varied as their locations. He’s highlighted concerts and special occasions, singing alongside Jewish music greats like MBD, Avraham Fried, the Miami Boys Choir and more, throughout the far reaches of the United States and Canada. He’s starred in Brooklyn College, grabbed the limelight at a score of hotels, reverberated through the hearts and minds of those in attendance at numerous chessed and tzedakah organizations. Yosef Chaim is so sought after for weddings, Bar Mitzvahs, Sheva Brochos, etc., that he sometimes has to decline due to overbooking.

This hugely popular singer composed melodies and lyrics for many music legends of our time, for more than a decade, before ultimately releasing an album of his own. Performers like Shwekey, Dovid Gabay, Yehuda, Dovid Stein, Avrumi Flam, Moshe Mendlowitz, and Sruly Williger, among a list of others too copious to mention, have all brought to life the mellifluous compositions of this musical genius. But with Neginasi, Yosef Chaim fulfilled a lifelong dream; imprinting his very soul into each one of its inspirational tracks. It is written, “That which stems from the heart, penetrates the heart.” Perhaps that is why every song sung by Yosef Chaim Bloch is destined to become an enduring classic. 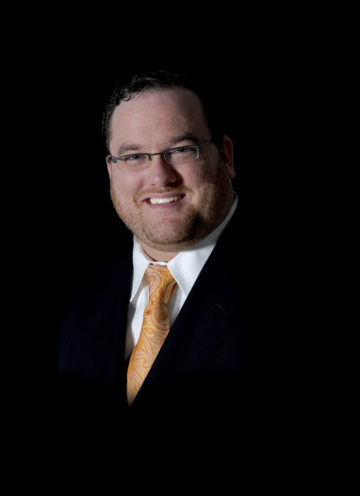