One doesn’t hear Yonatan Shlagbaum as much as experience his front and center brand of musical energy. Regardles if he’s adding “simcha to a simcha” or electrifying an audience at a concert, Yonatan has become the “go to guy” for both bandleaders and producers looking for a sure thing.

While his name didn’t really connect with the collective consciousness of Jewish music fans until after he won the highly coveted first prize in Oorah’s new talent search, Yonatan has been entertaining audiences since age 13 when he formed an accapella group in his hometown of Toronto. Fast forward to 2013 where you can find Yonatan –and his wife and Daughter in Teaneck, NJ. Good thing it’s in close proximity to the five boroughs and three major airports, as Yonatan’s performance calendar keeps him in perpetual motion.

What sets him apart from countless other singers is that he isn’t a singer as much as he’s a performer. Regardless if it’s a wedding in Toronto, an organizational dinner in Detroit or a Chol Hamoed concert in Miami, Yonatan connects with listeners because they sense he’s enjoying the performance as much as they are.

No matter if the tune is a ballad or up tempo piece, Yonatan’s fresh sound and dynamic vocal range eke every drop of soul out of both the words and melody—small wonder his vocals were so well received on numerous albums including A Gut Yohr, Yoni Stern, the best selling Shabbos Project and recently on the Power of Amen album.

While his eagerly anticipated solo project is still in production, people who have been treated to previews of it are already describing it as “the next big thing”.

And based on his track record, we’d expect nothing less. 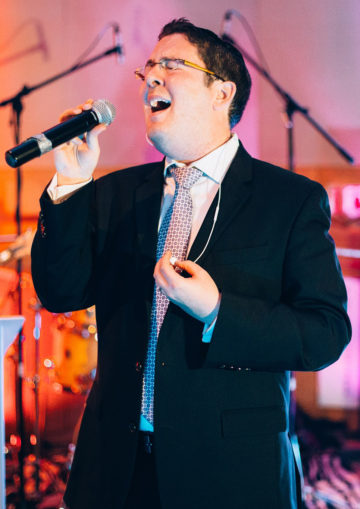