Rabbi Yom-Tov Ehrlich (1914–1990) was a renowned Hasidic musician, composer, lyricist, recording artist, and popular entertainer known for his popular Yiddish music albums. He was born in a small village, Kozhan Gorodok, Belarus, and raised in a nearby village, Davyd-Haradok, Belarus (then Poland). He survived the Holocaust in Samarkand, Soviet Union. Later, he moved to Williamsburg, Brooklyn, New York.

Ehrlich was born to a family of Karlin-Stoliner Hasidim. His grandfather, Yom Tov Simcha Ehrlich, was an aide to Rabbi Aharon of Karlin, an early leader of the Hasidic movement. Ehrlich himself was a Hasid of the late Rabbi Yochanan Perlow of Karlin.

Some of Ehrlich’s favorite songs were later recorded by other popular Hasidic entertainers, such as Mordechai Ben David, Lipa Shmeltzer and Avraham Fried, although Ehrlich himself used Russian classical and folk melodies to his own Yiddish lyrics. 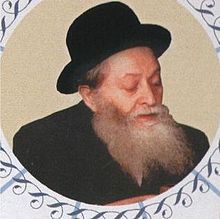