Yoel Sharabi, a native Sabra, has captivated his audiences with his wide repertoire and his dynamic style.

He is a master of Modern Israeli, Classic Yemenite, and popular Chassidic melodies. Yoel delivers his songs in a variety of languages and styles. His charisma brings an excitement to his music that is hard to contain.

In concert halls and on stages throughout the world, Yoel’s performances have brought an enthusiasm that is unparalleled.

Along with his singing, Yoel is an accomplished musician. He is a skilled guitarist and can hammer out an intricate tune on a Dumbek. Yoel is most widely known for his simultaneous playing of two flutes in perfect harmony, which has been called “magical”. 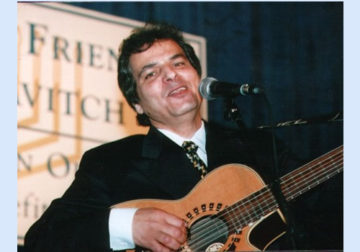