If there was ever a first family or dynasty of Chassidic/Jewish music, the Werdyger family would be it. The legacy started decades ago with Reb Duvid Werdyger both as a cantor and recording artist, whom many consider the man responsible for Chassiddic music today. From there, two of his sons, Mordechai and Mendy went on to have illustrious careers of their own. Going on to a third generation, the talent continued to trickle down to his grandchildren of his prospectively sons, Yeedle and Yisroel.

Yisroel Werdyger, better known as Sruly is no new name to the Jewish music fans. His father Mendy, is not only a great singer and ba’al tefilah, but he is also the owner of Aderet distributors and Mostly Music the biggest music store in the US. Growing up in a family of Ger chassidim, naturally Sruly listened to the best in chassidic music including the great melodies of Reb Yankel Talmud the legendary Ger composer. As a child Sruly was known to have a spectacular voice, and it saw him singing on dozens of albums, including his fathers and grandfather’s albums. Sruly’s voice has this special sweetness to it, the result in a combination blending both his father and his uncle’s voices.

In 2008 Sruly released his debut album “Bayis Neeman” produced but the talented Gershy Moskowitz. The undoubted break out hit of the album was the title track. Lipa was the first singer to take this song and make it a household name to be sung at every simcha.

Sruly at heart has a special love and feeling for Chassidic songs bringing the real feel of a Jewish song.
Sruly not only being one of the busiest wedding singer, he is also a great ba’al tefilah inheriting a family specialty.
Sruly over the last few years since starting his own musical career in 2008 has traveled the globe, from United states to Canada, Israel and Europe.
To date Sruly released 4 studio albums, were many songs became household favorites, for example the song Bayis ne’emon being sung literally at every wedding. He is currently working on his 5th studio album which will be released very soon. 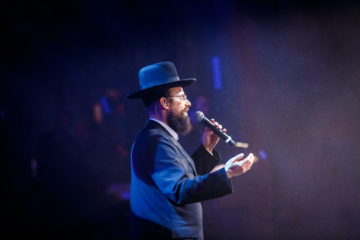