Simcha Friedman (born September 25, 1983) is a Haredi-Israeli composer and composer, the nephew of Avraham Fried.

Friedman was born in Safed to Rabbi Alter Eliyahu and Lea Friedman, a Chabad family from the Lubavitcher Rebbe’s emissaries to Israel, studied at Yeshivat Tomchei Temimim in Lod and Yeshivat Chabad in Kiryat Gat.

Married in 2008, he is now married to Shoshi, a father of four and lives in Lod.
Musical career

Friedman began his musical career as a boy in a Talmud Torah in Safed who began to compose songs. He opened a choir with his original songs, and performed in Safed. He studied sound development at Daniel Zamir’s “Mizmor” school.

After his wedding in 2008, he founded an orchestra called “Shemesh” (later renamed “Simcha”).

In 2008 he produced the third and fourth single (Neshamah) in the clip he wrote and composed 20 years ago, in which dozens of people participate, from one month to the age of 100.

Simcha Friedman is the nephew of Avraham Fried, and the cousin of singers Benny Friedman and the Marcus brothers. The difference between him and the extended Friedman family singers is in his voice. Avraham Fried and most of his nephews have a tenor voice, unlike Friedmann, who has a Baritone voice. 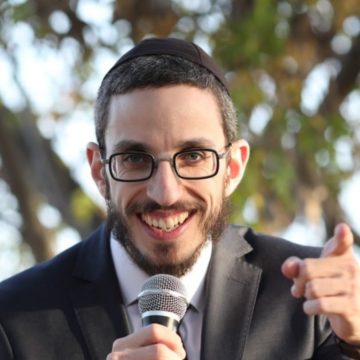