If someone asks you to name the most popular Jewish music singers of today, chances are you will say MBD and Avraham Fried. You will even say Shwekey and Lipa. However, long before Shwekey and Lipa there was another. His name, Shlomo “Simcha” Sufrin.

A young Shloime grew up across the pond in good old London. As a child, Shloime had very few albums in his home. However, the people who gave him rides to and from school DID. That is how he got hooked on Classical, Carlebach, MBD and anything in between. That is how a young impressionable Shloime was introduced to Jewish music. When he was twelve, Avraham Fried came to London for a concert, and Shloime told his mother he must attend. He pleaded until his mother conceded. It was after that concert the Shloime said to his mother, “Mom, one day I am going to be up there.” At the same time, Yigal Calek and his choir, “The London School of Jewish Song” was very popular. The young Sufrin wanted to join the choir. His parents however didn’t like the idea. That didn’t stop a Shlomo Simcha from sitting through all the choir’s rehearsals, where he got to know the choir and Yigal quite well. From the age of thirteen and on, Shloime davened for the amud in shul annually for the yomim tovim.

Shortly after, Shloime got married and moved to Montreal where he was learning in Kollel. At the same time he was davening in Shul for the amud as a chazzan for Rosh Hashanah and Yom Kippur. A Band leader in Montreal named Robert Sotnick used to make albums for Satmar, entitled Besoif Umochol. After hearing Shloime sings at a wedding, he decided to include him as a vocalist on these music-only albums created for Satmar, so people wouldn’t listen to the more mainstream Jewish music. Satmar agreed but only on one medley, and only singing “ah yay yay,” no words. The album was a Besoif Umochol Purim album.

A year later during Purim time Shloime got a call from Mendy Werdyger of Aderet Music asking him if he would be in NY anytime soon so they can discuss doing an album. Sufrin asked how he heard of him. The response was, “I was in a Judacia store dropping off some product and heard Besoif Umochol Purim with your singing and wanted that voice.” Funny thing that most people don’t know is that Werdyger took the cassette to Sheya Mendlowitz and said listen to what Fried is doing. Sheya’s response, “That isn’t Fried.” Unknown to Sheya, Simcha had already sent him a demo back in 1978 and he never got a chance to hear it. Once they took some sample recordings, a contract was drawn up and they were on their way to recording an album. Sheya however was not satisfied with the name Shloime Sufrin. “Do you have another name or nickname,” Shloime was asked. Sufrin is like Suffern, NY etc. and people might mock it. Shloime’s response was that he had a middle name Simcha. “That’s it!” Sheya said. “Why didn’t you say that before?” Shloime’s mother was the ONLY person to ever call him by both names Shlomo Simcha, to everyone else he was Shloime. “I knew if I called him by both names long enough it would catch on,” says Shloime’s mother.

Nearly a year later, Shloime’s debut album, “That Special Melody” took off. Everyone was loving it. Simcha’s debut concert prior to the album release was in Israel, Succos time back in ‘92 in Yad Eliyahu, in front of a crowd of 12,000 alongside MBD and Michoel Streicher.

Over the years Shlomo Simcha has performed all over the world including Eretz Yisroel, Russia, Levov back in the early ‘90’s, Switzerland, France, Italy, Australia, and South America. He has performed for the Prime Minister of Israel and even at the White House. He has performed on cruises like Kosherica to Alaska and more.

From his first album to the second, Simcha’s popularity just grew, and so did calls for performances. He became a household name alongside the greats like Avraham Fried and MBD. Shloime released his third album followed by the mega popular AISH together with Abie Rotenberg after moving to Toronto and a chance meeting in a store. Then Shloime stepped into the producing roll with the release of Nissan Michael’s debut album and his acclaimed Aneni album. Over the years he has lent his voice to countless other albums including Made in Canada, Solid Gold and Sameach at the Wheel. 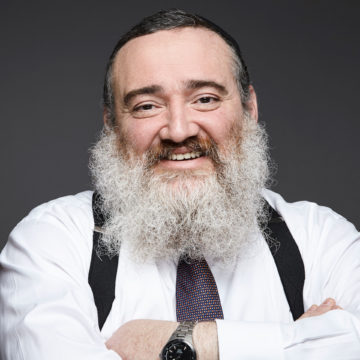