In each of the first three Shalsheles albums , there was always one song which featured a child soloist. These songs and the child vocalist were always extremely welcomed by the listeners . It was then that the idea came about to create a children’s group (not choir) in the mold of Shalsheles and hence Shalsheles Junior was born.

Shalsheles Junior exploded onto the Jewish music scene with its first album in 2006 and quickly became a crowd favorite at concerts. Additional they recorded a two song Cd in honor of the 40th anniversary of the reunification of Jerusalem. While it has been some time since the first album, and while the original members have since grown to adult status, a new crop of Shalsheles Junior members are now in the midst of recording the next Shalsheles Junior album. Look for this album in the winter/spring of 2011. 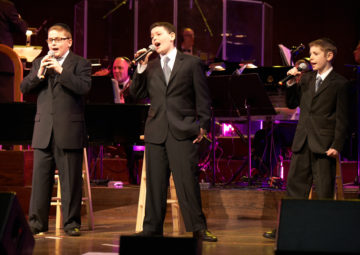