Rabbi Michel Twerski is an American Hasidic rabbi. He currently heads the Beth Jehudah congregation in Milwaukee. He is the brother of psychiatrist Rabbi Abraham J. Twerski. Rabbi Twerski is a descendent of the Chernobyler Hasidic dynasty. He is also known as the Hornosteipler Rebbe of Milwaukee.

Rabbi Michel Twerski is a son of Grand Rebbe Jacob Israel Twerski (1898–1973) of Hornosteipel of Milwaukee, Wisconsin a scion of the Chernobyl Hasidic dynasty, and Dvorah Leah Twerski (1900–1995). After his father’s death, Rabbi Michel succeeded his father as Grand Rebbe.

Rabbi Twerski has been cited as the driving force behind Milwaukee’s growing Orthodox Jewish community.

As is common among Hasidic Rebbes, Rabbi Twerski has composed a number Hasidic tunes, or nigunim.

Rabbi Twerski received a number of tributes in his honor, recognizing his contributions to the Hasidic Jewish community and his musical accomplishments. 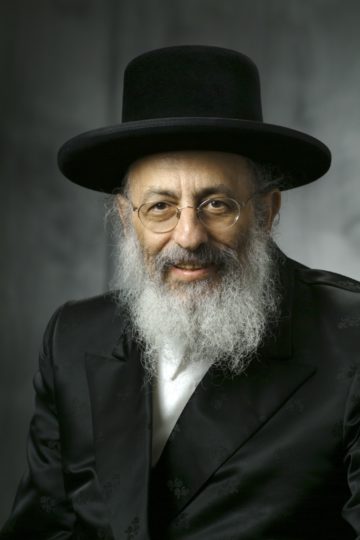