Pinchas Wolf (70) of Oak Park, Michigan has been composing songs since the tender age of ten. As a child growing up in Montreal, Canada he became part of a choir that performed regularly with cantor Tzvi Halpern for several years. However, it wasn’t till before his tenth birthday that he learnt how to improvise and compose his own original songs under the tutelage of cantor Joshua Wieder.

To date, Pinchas has composed over a staggering one hundred niggunim. Wolf served as the full time chazzan at Tifereth Israel in Colobus, Ohio for many years,

Presently, Pinchas is the chazzan of Congregation Dovid Ben Nochum in Oak Park, Michigan where he continues to daven every Shabbos mevorchim/hachodesh.

Though you might not know it, you have probably heard one of Reb Pinchas’s niggunim in the last year or two. Yehuda Green’s latest album “Barcheni” features two of his songs, the soul stirring Ma Ashiv and the hit song Haneshomo Loch. The renowned singer and badchan Yonasan Schwartz also just released a new album titled “A Gita Hartz” which featured yet another of Pinchas’s nigunim, this one named Ani Maamin which has already stolen the hearts of music lovers everywhere. 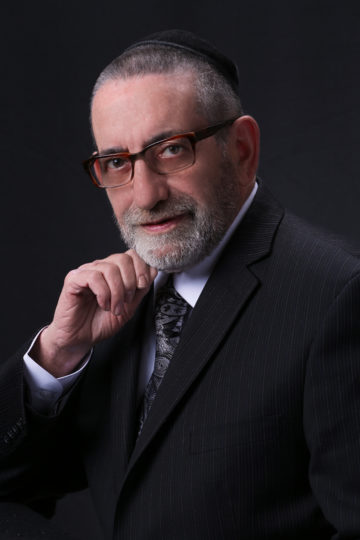