Ohad was born and raised in Belgium, where he began an early age his musical path in his voice when he accompanied the great rare Jewish singer who appear in his hometown. Immediately after his marriage he settled in and began to develop a musical career.

His first single “Heaven Shaw” arranged by Ken Burgess spent alone, and then connect to producer David Fedida produced his first album with him. The two companies to grow Yossi Green Jewish composers who took the fan under his wing and composed most of his first album songs.

With the success of the album, from fan to appear on stages the world’s great performances: Madison Square Garden, Lincoln Center in New York, London and Wembley, poems entered Playlists radio stations began to be played every Jew in the world event.

In 2005 was elected as a singer at the ceremony this year, the Year of Jewish music in Israel, and immediately afterward began working on his second album.

During the recording of “fan 2” Ohad added to the Hebrews of Dimona band members who accompanied him in his numerous voices in the album. Even his second album was welcomed Jewish music world, selling tens of thousands of albums.

Ohad’s special voice allows him to sing a wide variety of styles and rare. Exciting and involving Hasidic songs, Israeli songs and even good old oriental songs. Most of his songs in Hebrew and English have become inalienable assets of Jewish music.

In 2010 issued a fan along with musician Gershon Friishtadt the third album “My Music” album combined new and old songs fan, innovative arrangements and special. This album made a fan of the song “Let’s Bride” by Leonard Cohen tune, the song became a hit among the worldwide Jewish canopies. 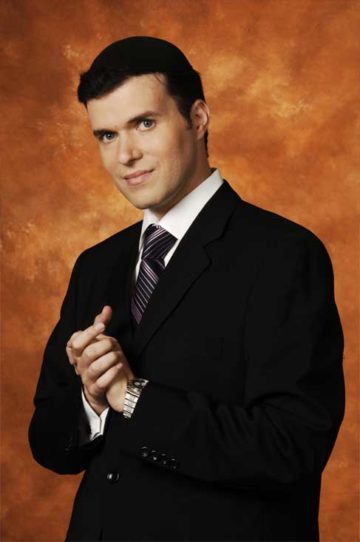