Formed in 1977 by Yerachmiel Begun, the Miami Boys Choir was part of a larger surge in popularity of Orthodox Jewish choral music. The use of an all-boy choir is related to the Orthodox Jewish prohibition on listening to a woman singing.

While the group was formed in Miami Beach, Florida, after releasing the first few albums, Begun moved the choir to New York. Although he retained the “Miami” in the name of the group, subsequent albums were released with boys primarily from the New York/New Jersey area.

Over the years, the choir’s imaging has changed with the times. Originally called the “Miami Choir Boys,” its name has alternated between “Miami Boys Choir” and “Yerachmiel Begun and the Miami Boys Choir.” In addition, the album titles have slowly changed over time from just Hebrew titles (i.e., B’syata D’shamaya) to English and Hebrew together (e.g., Torah Today) and finally to the present format, which places “Miami” before the title (i.e., Miami Moshiach).

Compared to mainstream artists, the choir has not had spectacular results in terms of sales. However, in the Jewish music world, they are recognized as a success story. An example is their album released in 2005, Miami Revach, which reportedly sold over 15,000 copies in the first few weeks alone. 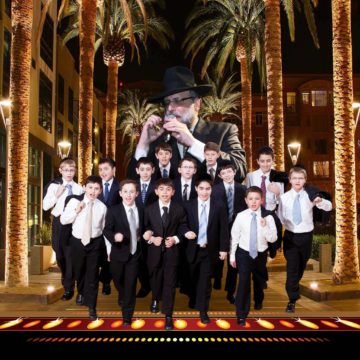