Levy Falkowitz, 27, a native of Williamsburg’s Chassidic community is a recording artist and a well polished performer who currently resides in Monroe, NY together with his wife and 2 children. Unlike any other, Levy set his eye on the prize straight from the start. In addition to his rich voice and charismatic stage presence, bold and unafraid to approach today’s contemporary sound head on, stylistically blending pop with the utmost class of yesteryear , Levy ventures into territory that has been untouched for close to half a century, tackling the Yiddish classics alongside the greatest Cantorial arrangements of all time, fearlessly, and delivers them to tens of thousands of standing ovations worldwide. Levy has release his debut album in the summer 2015 titled Achake Lo. 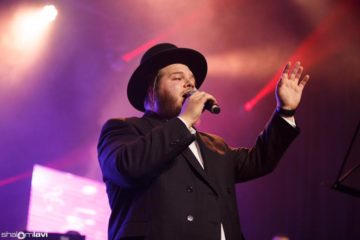