It doesn’t happen often, but every once in a while a music act will redefine everything we think we know about JM. It happened 15 years ago, when vocal group Lev Tahor spearheaded the renaissance of Jewish Acappella music, creating a signature sound based on the blend of breathy, string-like vocals of Ari Cukier, Gadi Fuchs and Eli Schwebel. The trio of friends goes back together almost 30 years, when they grew up singing in the hallways of Yeshiva Torah Temima at the age of six. Eli is the musical producer and lead power vocal – a dramatic tenor who also creates the lush upper register harmonies you hear as well. Gadi is the lead composer whose rich and wide baritone creates the bottom and bass sounds. While Ari holds down the sweet and melodious mid range – singing a lot of the melodies. Together, they make up the sound that started a revolution that is LEV TAHOR.

So how did Lev Tahor choose the name that defined them? While learning in Israel, Gadi and Eli were in yeshivas Lev Avraham and Ari was in Torah Moshe. At the time they toyed around with the idea of forming a group and recording their debut album. Ari’s father said Lev – why not Lev Tahor. The rest is history.

Their first album sold 60,000 pieces, leading to another 3 albums, one more Acapella and 2 with live instrumentation. Their music albums set the world of JM aflame from the first notes of Asher Bara on their second album to the final vocals on U’venei Yerushalayim off LT4. Their international hits include Im Eshkachech, Deaf Man in the Shteeble, Uvenei and Im Lavan Garti. Transforming the definition of traditional Jewish music, Lev Tahor performed the likes of Avery Fisher Hall, Jazz at Lincoln Center, Roy Thompson Hall in Toronto, The Jerusalem Theater, Universal Studios in Hollywood, and just came off sold out performances at Joe’s Pub and David Geffen Hall at Lincoln Center.

After releasing their fourth album, the group decided to take a break, while Eli Schwebel decided to pursue a solo career. The result is his ever creative original release debut album Hearts Mind. Featuring original compositions and lyrics written by Eli, Hearts Mind is the culmination of Eli’s life journey. As Yossi Green was quoted saying, “Eli is the compass and north star leading the developing musical journey fusing the sounds of today with for flavors of yesterday.”
The last year has seen the group return to the studio to work on new material. They are currently working on their fifth Studio album Lev Tahor 5 – LTV – due this coming Chanukah. 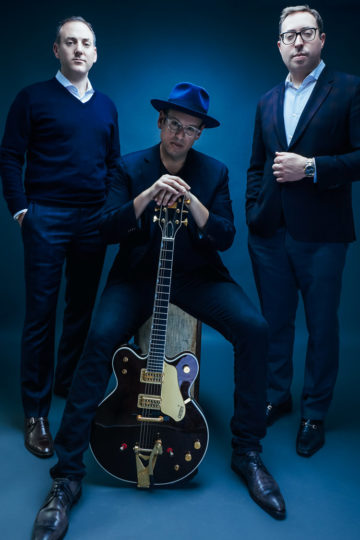