Yitzchak, Yossi and Boaz Goldshmid, the voices of Kol Achai, were born and raised in Jerusalem. All three brothers are graduates of Jerusalem’s “Netiv Meir” High School and they all attended Yeshivat “Har Etzion”, where they also served in the Israeli Army’s ‘Hesder’ Program.

Yitzchak is a dentist in private practice, specializing in Esthetic dentistry and Implantology, while Yossi and Boaz, both lawyers, are the principals in a law firm that specializes in real estate transactions and litigation (www.golaw.co.il).

Meir Weingarten produces Kol Achai when he’s not at his “day job” running “Ariel Tours”, a leading tour company for groups traveling to Israel. Meir is a sought after public speaker on topics relating to Israel & a regular substitute for Nachum Segal as host of “JM in the AM” – the Jewish Moments in the Morning Radio Program heard in the New York area on 91.1FM and internationally via the web at jmintheam.org .

The brothers’ singing career began when, as teenagers, they would sing together around the family Shabbat table, and in 1990, with the assistance of their long-time friend Meir, they produced Kol Achai’s debut album entitled “Hallelu” featuring their unique blend of soothing acapella harmonies and Yitzchak’s original musical compositions. The incredible success of “Hallelu” led to the release of three more albums (on cassette and CD): “Hashkifa”, “Bni” and “B’karov.” Their albums have been enthusiastically received by Jewish music fans throughout the world. They are one of the most talked about groups in Jewish music with a vocal style that presents a unique, “never before heard” sound.

Jewish communities throughout the world including those in Boston, Detroit, Dallas, Cleveland, L.A, Jerusalem, Toronto, Johannesburg and more, have lovingly embraced this “first family” of Jewish music. Wherever they perform, they bring with them the warm spirit of Israel and help foster the strong feelings and bonds of brotherhood between the Jews of the Diaspora and Israel. 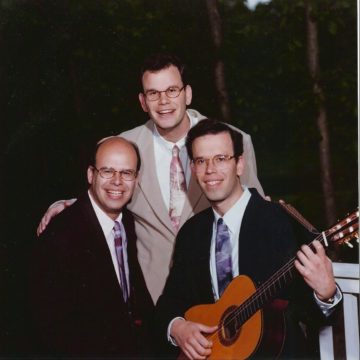