Kobi Peretz was born on October 28, 1975 in the Kfar Shalem neighborhood of Tel Aviv, where he also spent his childhood and now lives in Holon.
Peretz is the youngest son of an extended family of ten brothers and sisters. Kobi’s father, Amram (Petit Armo) was a famous singer in his country of origin, Morocco, where he received great respect when he appeared frequently in the palace of King Hassan II.
Peretz is married to Inbal and they are the eldest son of Liel.

Peretz began his musical career at the age of 16, when he began appearing on stage throughout the country.
His first album “Wrong of Life” (1992) was released at the age of 17. The album is mainly characterized by Turkish tunes that he draws from the house.
At the end of his military service, Peretz released his second album, “Me’em Esh” (1995), when the theme song became a hit and to this day has won great success in Israel. Since then he has produced four albums: “Creator of the World” (1997), “Arrow of Love” (1999), which is characterized by strings from live performances, “Live As I Want” (2000).

Kobi Peretz’s great breakthrough came in 2003 when the song “Bebli Him” ​​(which also received the name of his sixth album) was officially installed by Mizrahi singing in the style of the Turkish “Cry” to a prominent artist in Israeli music (Mediterranean) Popular.
In 2004, Peretz released the album “Crazy About You” which sold over 25,000 copies and won the status of “Gold Album”. Peretz’s success continued in the years to come after he released his eighth album, “Everything I Have” (2006), which was characterized mainly by more melodic and silent songs and reached the status of a platinum album for the sale of 50,000 copies. 2009), which contained the hits “How much love” and “I am not the son of a king.”

Peretz is currently working on his tenth album, with the singles released “One of My Life”, “Together” and “Maybe” which have been a huge success. Apple Music Awards).
After capturing Nokia Arena, Peretz will return to the summer for an unforgettable tour. 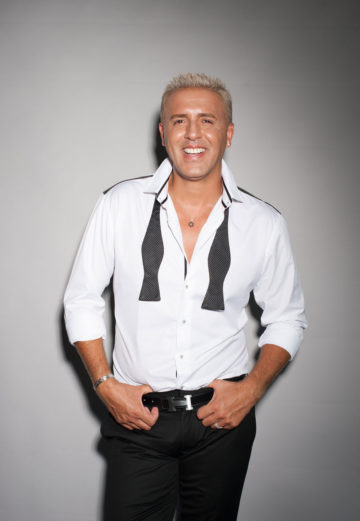