While decades of 60’s and early 70’s “Ashkenaz” music fans reveled in the talents of notables like Koussevitzky, Stern, and Werdyger, their Sephardic brethren were more than content knowing they had “Jo”.

A bit diminutive in size yet vocally “massive”, Amar’s talents as a performer were only eclipsed by his talents as a “hazan” to the point where members of the tightly knit Sephardic community who couldn’t envision a Chupah or Shabbat simcha without their “Jo”. And despite the fact his music and style were decidedly “Sephardic” his fan base was comprised of all ages and cultural backgrounds.

Amar, a native of Settat, Morocco—where his grandfather was Chief Rabbi, was born in 1930. When he was 16, his family made aliyah and settled in Moshav Yad Rambam. While not the first Moroccan to do so, he is considered the first to pioneer—and ultimately popularize Moroccan-Jewish music which combines classic Sephardic nusach with more regional Middle Eastern and African rhythms as well as structure. Despite having a musical structure that often “feels” free-form, Amar executed even the most complex melodies with a consistent precision every bit as perfect as his precisely trimmed moustache. As most of the music scene in 1956 Israel was dominated by more European-based musical stylings, legend has it that Amar convinced a local radio station to debut his work by assembling a “street choir” to perform some of his selections right in front of an Israeli radio station. As he was known as someone who understood the power of music it should come as no surprise that he was soon touring the globe, appearing everywhere from Brazil to Brooklyn—including a historic 1963 performance in Iran which was shown on Iranian TV –and to a sold-out studio audience that was comprised of both Jews and Muslims.

Thanks to a signature tenor vocal style, as well as an intuitive ability to adapt contemporary trends, Amar’s growing international following led to a sold-out Carnegie Hall show in 1965—an atypical milestone for ANY traditional Jewish performer –let alone one that catered almost exclusively to the mid 1960’s Sephardic community.

While many consider him American, Amar and his family didn’t emigrate to the US until 1970 (only to return to Israel in the late 80’s), though he still traveled the globe and was in demand both as a headliner and a Yomim Noraim “Hazan” connecting with congregations and communities in exotic destinations like Paris and Casablanca.

A true performer in every sense of the word, he was equally as comfortable being accompanied by a symphony orchestra, a Sephardic “combo” (which in later years often included his guitarist son Ouri) or a solo accordion being played by Shlomo Rabinowitz—his long time accompanist/ musical director .
While many of today’s Jewish Music cognoscenti consider Yaakov Shwekey or perhaps Yosi Piamenta to be the first Sephardic “crossover” superstar, Amar’s performances at diverse venues ranging from an early 70’s rally for Soviet Jewry to his groundbreaking appearance at HASC, are proof positive that he and his music connected with all Jews.

While he passed away in June 2009 he left behind a musical legacy which is comprised of over 20 albums, countless performances, and most important, a worldwide fan base that ensures he will never be forgotten . 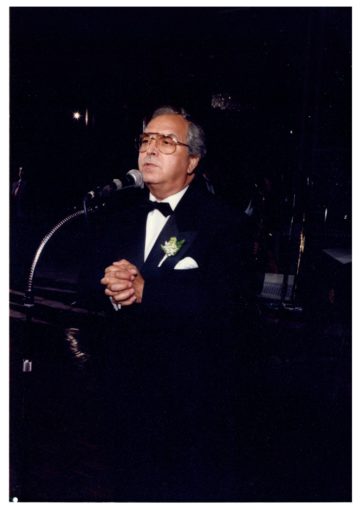